Outback could almost be outlandish in re-style 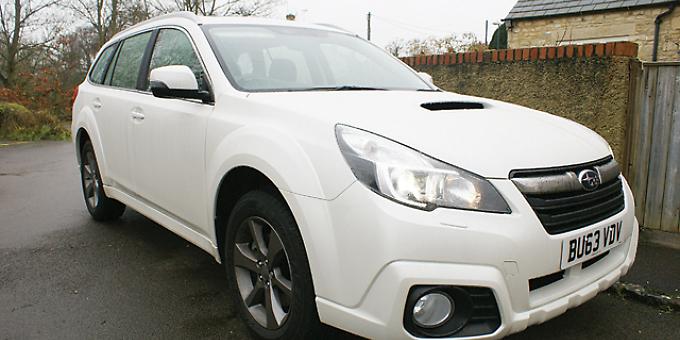 SUBARU fans — and there are many of them — will be delighted to know that the Outback has emerged to greet the new dawn of 2014 as a much better car.

The main thrust of its new “life” — the car was launched in Europe in 1996 — is literally that: its power plant or engine. The significant change here on the Outback is what is known as “a new powertrain pairing”.

That is that Subaru engineers have combined the popular 2.0-litre Boxer diesel engine with a Lineartronic CVT (continuously variable transmission) — bringing what the car maker describes as “improvements in driveability, fuel economy and emissions while also widening the car’s appeal”.

With the new engine and gearbox combination the 2014 Subaru Outback I have been driving recently will return 44.8 mpg and 166g/km CO2 on the combined cycle.I have to say that these improvements are not before time because with the relentless pressure to improve and produce new models, Subaru needed to freshen up a model that has been around a good while.

That said, I still find the Outback a pleasing and comfortable car to drive. The new engine and transmission configuration makes handling better and you actually feel that the car is more able as it faces stiff competition in 2014.