New-look star performer has lost none of its lustre 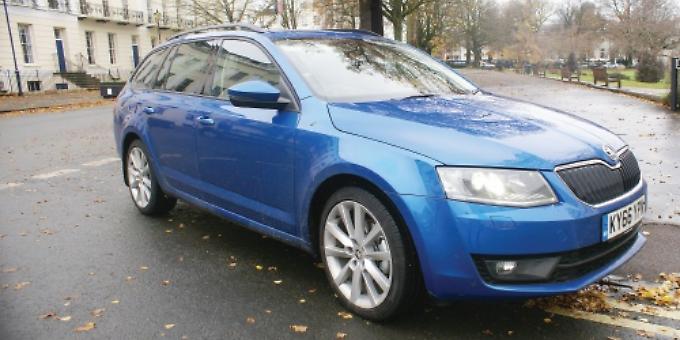 SO what should we make of the fact that the Škoda Octavia has this year confirmed its position as star performer in the Czech carmaker’s model range?

My reaction is that I am not at all surprised. For this model has, since it first appeared in 1996, proved to be the backbone in the resurgence of Škoda as a leading European car manufacturer.

What prompted me to revisit the Octavia this week — in the shape of the Octavia Estate SE Sport 1.4 TSI — was because earlier in 2016 Škoda produced its millionth third-generation Octavia.

The milestone vehicle ran off the assembly line at Škoda’s main factory in Mladá Boleslav. Since the model was introduced in 1996, the Czech carmaker has produced more than five million Octavias.

No wonder the Octavia is considered the most successful Škoda model ever. The carmaker calls it “the heart of the brand”.

The car has received more than 50 international awards with last year a total of 432,300 Octavias delivered to customers around the world.

When the car was launched in the late Nineties, customers could choose between two four-cylinder petrol engines and one turbo diesel drivetrain.

The entry-level engine was a 1.6-litre and the modern turbo diesel direct-injection 1.9 TDI achieved an average fuel consumption of more than 55mpg.

Škoda expanded its engine range to include the particularly economical 1.9-litre SDI.

The test car this week shows how far Octavia engines and performance have come in the years since 1996. I have also always been impressed with the amazing economy of this car’s turbo diesel engines, which seem to sip fuel whatever speed you travel at.

However, it is the sum total of the Octavia’s parts — engine, capacious interior, comfortable yet not ostentatious seats, and ease of handling — that make this car special and a top-seller.

On this latest drive it was quite apparent to me how it has achieved what it has and gone such a long way in restoring Škoda’s good name as a carmaker.

The first Octavia Estate made its world premiere in March 1998 and quickly became a bestseller — particularly in Europe. In 1999 a four-wheel drive Octavia Estate was launched.

The Octavia name comes from the successful model that Škoda produced between 1959 and 1964.

Now for 2017 and beyond come major revisions to the Octavia. Available internationally at the end of the year and in early 2017 in the UK, the model features a newly designed front and rear section, state-of-the-art driver assistance systems, infotainment and connectivity, as well as additional new equipment. The model is available in hatch and estate form.

Škoda CEO Bernhard Maier makes no bones about it. He says the Octavia “has made the company what it is today”, with more than 100 markets worldwide.

The lines of the new 2017 Octavia — especially at the front of the car — have been streamlined. Headlights feature full-LED technology.

Load space in the present Octavia is impressive and Škoda promises the revised version will remain “one of the largest in its class”. Both the saloon and estate offer 1,782 millimetres of interior space and 73 millimetres of legroom in the rear. Their luggage compartments measure 590 and 610 litres respectively, with folded rear-seat backrests up to 1,580 and 1,740 litres respectively. There is an optional electric tailgate available for the estate.

The revision has brought new infotainment systems and a choice of three systems — Bolero, Amundsen and Columbus.

The latter features a full 9.2-inch display; the top system has a WLAN hotspot and, if desired, a SIM card module with an LTE speed for an ultra-fast connection to the internet. The revised Octavia also offers Connect, which is divided into Infotainment Online and CareConnect.

New features have been added to the Octavia’s Simply Clever solutions: a customisable key, enabling multiple users to save their own vehicle settings, as well as a heated steering wheel, bottle holders which facilitate the opening of bottles, and the estate version features a removable torch in the boot.

The two TSI and two TDI engines will be available from launch in the UK.

Key features on all SE Sport models include: