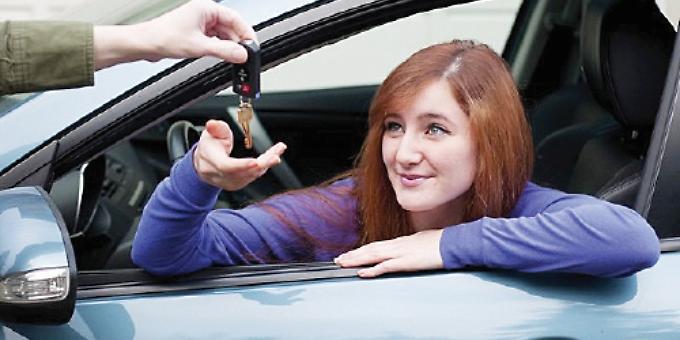 AFTER months of lessons, swotting up on the Highway Code and braving the test, there are few more liberating and relieving moments for a teenager than becoming a fully-fledged driver.

However, for the majority of 17- to 19-year-olds, no sooner has their responsible driving instructor stepped out of the car than they are replaced by the distractions from friends sitting in the passenger seat.

The finding that more than two-thirds (68 per cent) of young new drivers experience intense in-car peer pressure comes from an in-depth piece of research by insurers More Than that was commissioned to coincide with Road Safety Week 2016.

Alongside a national survey of 1,000 drivers aged 17 to 19, More Than also asked teenage students at Seevic College in Essex to interview young drivers — believing that if teenagers conducted a series of focus group interviews they would get more honest answers from other teenagers about how young motorists experience peer pressure and the impact it has on their driving behaviours.

Almost two-thirds of these young drivers (61 per cent) said that driving is where they feel most susceptible to peer pressure, with a third (32 per cent) claiming it has a direct negative influence on their driving behaviours.

“I want to show my mates I am a fast driver” was not an uncommon response — and the research also showed that the more passengers in the car, the more likely drivers were to speed.

Whether in response to being “egged on” by their friends or in an attempt to impress their peers, a total of 44 per cent of young drivers admitted to speeding (31 per cent) and driving aggressively (13 per cent), increasing their speed by 17mph above the speed limit on average.

What’s more, 16 per cent say they have carried out dangerous overtaking manoeuvres with their friends in the car, 13 per cent have tailgated a car in front, while another 13 per cent have run through red traffic lights.

Perhaps most shocking, however, was the finding that 16 per cent of young drivers have been persuaded to let their friends drive their cars, despite not being insured and not having passed their test.

Over a third (37 per cent) think their friends are trying to show off or are unaware of the dangers because they have not yet passed their driving test (36 per cent).

Kenny Leitch of More Than said: “The Seevic students did a great job getting what we suspect are the most honest answers from this age group about what is going on behind the wheel of newly qualified drivers. The statistics bear their findings out as one in 10 fatalities and serious crashes happen when 17- to 19-year-olds are behind the wheel.

“The need for young, inexperienced motorists to avoid all distractions and be as concentrated on the road ahead as possible is paramount.

“Passing your driving test gives drivers a newfound freedom, but it’s important to stay safe on the roads. We would encourage new drivers (and their parents) to avoid taking passengers who are disruptive or those who may encourage dangerous driving — at the very least for those first 1,000 miles.”

For more on Road Safety Week, visit the website www.roadsafetyweek.org.uk