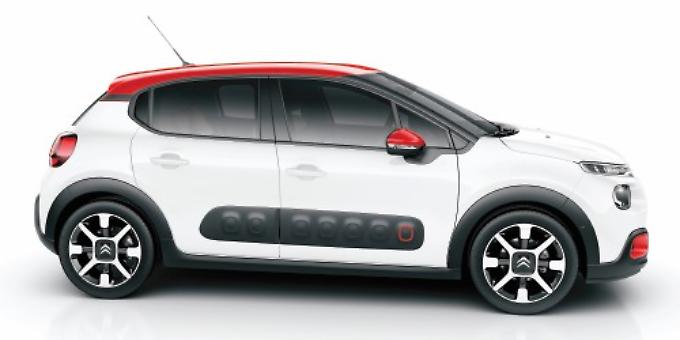 IS this another urban myth I see before me about the embattled BBC Top Gear TV show that promised so much and delivered so little in its first series sans Clarkson?

Well, no, because this news comes from the magazine of the same name and not the show struggling to re-establish itself in the light of Amazon’s much-vaunted The Grand Tour, starring the Famous Three.

In this instance it’s all about what BBC Top Gear magazine calls its current “Best Cars in the World” issue. And the urban connection? This goes to the new Citroën C3, which the magazine christens “best urbanite”.

What exactly does that mean? Magazine judges were impressed by the new C3’s “fashionable” looks and “calming” interior that makes it “perfect for city life”.

Actually, on that last count, I can vouch for an earlier C3 as a great little city car after countless trips into Chelsea one year in a C3 on long-term test (those were the days).

Anyway, the new C3 was commended for its striking appearance and personalisation options, levels of comfort and advanced technologies.

Interestingly, the new C3, said the judges, has the ability to “pirouette” in and out of tight urban spaces.” Very Strictly.

And a distracting detail — no pun intended — for this new supermini is that it has the world’s first fully integrated HD dashcam, which is located just behind the rear-view mirror.

ConnectedCAM Citroën enables the driver to take pictures (safely, it is said), record videos, and to share them on social media — or to use the automatic video to provide evidence in the event of an accident. Brave new world or what?

The new Citroën C3 also employs the Citroën Advanced Comfort programme. This comprises “comfortable seats, the amount of light from the panoramic glass sunroof, the seven-inch touchscreen and the keyless entry and start system, all combine to emphasise a feeling of reassurance, comfort and well-being”.

There are two-tone exterior colour scheme options, and those Airbump panels (handy in the city) to fend off knocks and bruises.

There is also a choice of engines — offering both PureTech petrol and economical BlueHDi diesel options.

“This little Citroën is right for town,” says Top Gear magazine’s Paul Horrell. “It’s modern — modish, even, in its detail — but because of its simplicity and balanced proportions, it’s probably timeless too.”

Chris Cheetham, Citroën’s marketing director, said: “We’re very proud that the new Citroën C3 has been recognised with such a prestigious award.

“The new C3 stands out in a competitive market as a visually striking model that combines comfort and practicality, making it the ideal choice for anyone living or working in the city.”