Hail to the Jeep. It's genuinely luxurious 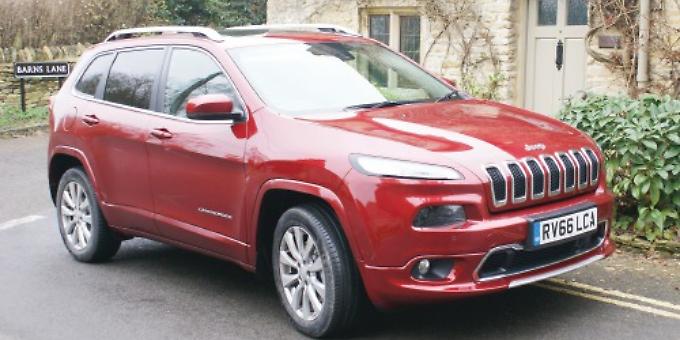 HAIL to the chief — the acclamatory cry of Americans when greeting their president — might be considered premature by some when it comes to President-elect Donald Trump.

But while the jury is out on the coming Trump presidency what about hail to the Jeep? The Jeep is, like Trump, something so American in origin that it could only have been born in the USA.

But while Mr Trump has yet to prove himself worthy of office, this sport utility vehicle (SUV) has truly stood the test of time, with the Jeep brand this year celebrating its 75th anniversary.

In all my drives of models in the Jeep firmament, I have not failed to have been pleasantly surprised by their attraction. It is a model range that, as was demonstrated at Geneva this year, grows bigger and better by the day.

I have yet to test the big daddy in the line-up — the Jeep Grand Cherokee — but hope to put that right in the New Year, along with other new models.

In the meantime, this week’s drive was the Jeep Cherokee Overland. Once again this SUV proved to be an excellent companion during cold and frosty early morning drives in November and early December.

What I liked about the Jeep Cherokee Overland was that it was every bit as consummately luxurious as it set out to be.

This new top-of-the-range model, which made its international debut at Geneva, was not only comfortable on the inside but outwardly much more stylish.

Gone are the rather blocky looks of the recent past — instead the new Jeep Cherokee has an elegance about it that adds hugely to its appeal.

But not only that — what you usually get with this class of SUV is a big price to match. In other words, if you want luxury then you have to pay through the nose for it.

As far as I can tell, the Jeep Cherokee Overland, which has just about every creature comfort you could want in a car, comes in at a price that most other luxury SUVs start at — that is, a tad under £40,000.

You might say £40,000 is enough to pay for any car. However, the last top-of-the-range SUV I drove from the stable of another carmaker came in at more than twice the price of a Jeep Cherokee Overland.

I think this is an important consideration when looking at these ever more sophisticated SUVs. There was a time in recent history when these big ones seemed to be on the wane, in the light of the price of fuel and “green” considerations.

But new SUVs are galloping towards medium-sized hybrid and electric production as we speak.

In the meantime, this Jeep Cherokee Overland, with its 2.2-litre diesel engine, great torque (pulling power) and manifest comfort should be enjoyed for what it is.

There is a host of standard equipment on this car. Its 2.2-litre MultiJet II 200 horsepower turbo diesel engine is paired with a nine-speed automatic transmission in either Active Drive I or Active Drive II 4WD.

There is a top speed of 127mph but I found the most comfortable driving was with cruise control on at maximum permitted motorway speed. You did not need to travel any faster in this car.

In fact, such is its stocky presence that I think it better to travel at a steady rate then fuel economy should remain good (officially put at 50.4 mpg on the combined cycle).

The dashboard is is simply and clearly drawn, while the cruise control operation and function is excellent and achieved without fuss.

The less complicated design on SUVs with this kind of capability can only be for the good. The settings for snow, sport, sand/mud modes are achieved by a simple switch.

The Jeep Cherokee Overland is a car packed with equipment and technical stuff but doesn’t shout about it or make a fuss.

Sounds such as music (thankfully there was a CD player included), news and entertainment were delivered by an Alpine Premium sound system, while there was also a Uconnect radio with 8.4-inch touchscreen display, Bluetooth and GPS navigation.

Driving out on cold mornings this week was made easy by powered Nappa leather, ventilated and heated driver and front passenger seats and a wonderful heated steering wheel (one day I hope every car will have the latter).

The car comes in a range of colours — the smart Deep Cherry Red of the test car, Bright White, Brilliant Black and Billet Silver.

And to top it all off the Jeep Cherokee Overland has as standard a useful and attractive panoramic sunroof, power tailgate and ParkSense front and rear reverse assist system.