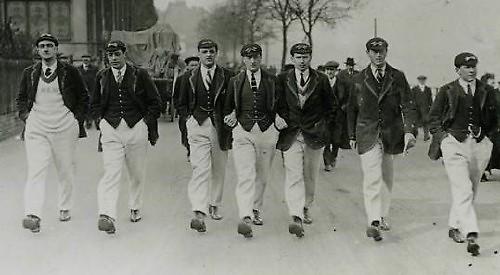 AUTHOR Daniel James Brown and triple Olympic gold-medallist Andrew Triggs Hodge will be among the speakers at the annual Rowing History Conference in Henley.

The pair will speak at the River & Rowing Museum in Mill Meadows on Friday and Saturday, November 3 and 4.

Brown, who wrote the best-selling book The Boys in the Boat, will fly in from America for a screening of film adaptation The Boys of ‘36, the story of the US rowing crew’s Olympic triumph in Nazi Germany.

The film will be shown on Friday with a three-course dinner for guests afterwards.

Reama Shearman, head of development at the museum, said: “We are really excited to have secured such an impressive line-up of speakers, offering people the chance to experience talks from some of the most inspirational and interesting figures to have made a mark on the rowing world.”

Tickets cost between £18 and £98. For more information or to book visit www.rrm.co.uk/backsplash