Violinist goes it alone to give JS Bach his inspirational due 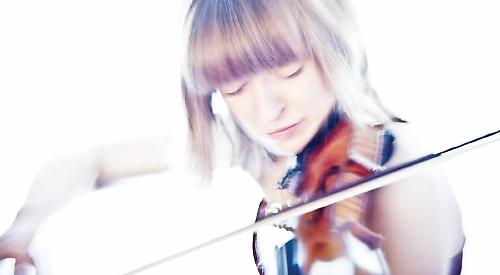 THE Chiltern Arts Festival made a welcome return with their “Bach and Beyond” programme last weekend.

This opened on Friday evening with a very special “Bach2theFuture” concert performed by the violinist Fenella Humphreys.

The distinct feature of the Chiltern Arts events is being able to experience world-class concerts in unique yet local venues.

The Church of St Mary the Virgin, the attractive 14th century church in Hambleden village, provided the perfect backdrop with its warm ambience, high-beamed ceiling and fine acoustics.

At first glance there seemed to be something missing on the stage. Where was the piano? Harpsichord? Accompanying instruments? While it is quite usual to attend a solo piano recital, it is rare to hear an entire programme of solo violin pieces.

Notwithstanding the sheer stamina required to pull off this feat, Humphreys’s musical insight and attention to detail never wavered and the audience was completely gripped from the first note to the very last.

The programme, based on Humphreys’s award-winning album Bach2theFuture, featured Bach’s joyful Partita No3 in E major as the centrepiece. Around this, the pieces were linked in some way — either as being an original inspiration for Bach, or having been written by later composers after they were inspired by his composition.

Fritz Kreisler’s Recitativo and Scherzo Caprice op 6 made an excellent start. After a stately introduction it is full of rapid notes and string-crossing passages which exploits the full range of the instrument and which demonstrated Humphreys’s immaculate technique from the outset.

Johann Westhoff’s Suite in D minor (1682), thought to be the earliest published work for unaccompanied violin, predates Bach’s works in this genre by 24 years and employs much rich polyphony. The movements are short yet Humphreys captured an extensive range of tonal shades between each one.

In contrast, the most contemporary piece was Adrian Sutton’s Arpeggiare Variations (2015). This is was fascinating in its exploration of A major and D major arpeggios. Humphreys’s enormous energy and seemingly effortless mastery of the highest note-range of the instrument was impressive.

Biber’s Passacaglia in G minor (1676) is mesmerising through its 65 repetitions of a simple ground bass. Each phrase was imbued with Humphreys’s trademark vivacity and spirit; every note was perfectly balanced with the next.

More virtuosity followed with Paganini’s Caprice No24 — a piece made famous due to its main theme, arranged by Andrew Lloyd Webber for the cello, being used for The South Bank Show.

Bach’s Partita No3 in E major started with incredible pace, the momentum continuing into subsequent movements and all infused with a rare elegance and an irresistible dance-like quality.

After Cheryl Frances Hoad’s commissioned Suite No1 (2014), an exploration of open strings and harmonics, we heard Ysaye’s Violin Sonata No2 (1923). Despite being pushed to the limits of technical virtuosity, the last movement being almost entirely double-stopped, Humphreys’s passion and intensity only increased as the music developed in complexity.

Fenella Humphreys is definitely one of the most exciting violinists of her time. Her playing is absorbing and exhilarating and this was an outstanding concert.