’Babel’ of many languages is more a blessing than a curse 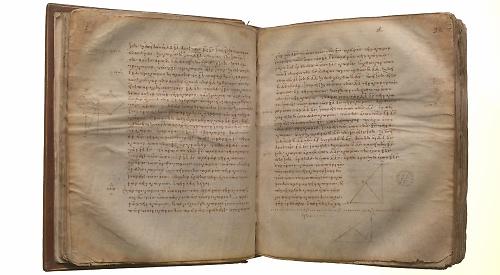 Specifically, how to stop our human descendants all those thousands of years later from digging it up.

It’s not enough to put up warning signs in English. There’s no guarantee English will still be around then. Even the standard yellow-and-black radioactive warning might not signify much to anybody in the 210th century.

This problem, involving language, psychology and even philosophy, is one of the many interesting areas explored in a new exhibition at Oxford’s Weston Library — part of the Bodleian.

How we communicate ideas, information and stories not just between different languages but down the generations is at the heart of Babel: Adventures in Translation.

The title refers to the Old Testament story of Babel, where God laid the “curse” of different languages on humankind as a punishment for trying to build a tower — called Babel — up to the heavens. Formerly there had been only one universal language.

But as the exhibition amply shows, far from being a curse, the existence of hundreds of different languages is a blessing, a testament to human cultural richness. Even if it does cause the occasional confusion or misunderstanding.

Different displays show the three or four major drivers of the translation business. One is religion. A single page from a multilingual 16th century Spanish bible has text in Hebrew, Latin, Greek and Aramaic. Another thread is provided by folklore and legend, as shown by the editions of Aesop’s fables in different languages across the ages.

The power of story is just as strong today — as demonstrated by the many editions of Harry Potter and a great scroll containing the beginning of Harry Potter and the Philosopher’s Stone in 51 different languages. Similarly, Asterix cartoons and the story of Cinderella stretch around the globe.

There have been attempts to create a universal tongue, the most famous being Esperanto, which at one time had up to one million people learning it. And attempts to do away with language altogether by using a system of pictograms. Mathematics is also offered as a kind of universal language.

If the visitor to this fascinating exhibition wants another puzzle to crack, apart from the nuclear-waste poser, then they might have a go aT deciphering a fragment of pottery bearing some inscriptions in what’s called Linear A.

Dating from Crete around 3,500 years ago, it remains baffling. There is hope, though — a tablet with some Linear B on it, dating from a bit later, was cracked in the Fifties.