Museum has plenty to do this half-term 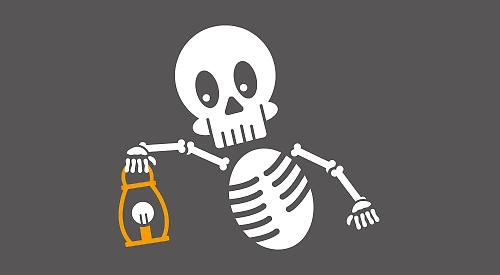 An RRM spokesman said: “The museum has a packed half-term calendar of family activities, including Halloween in the Wild Wood, dragon boats and minibeasts. And what’s more, the museum is still bursting with bears, some much more grizzly than others.”

The spokesman said: “Take inspiration from dragon boats and an ancient Greek trireme to construct a ship with awesome oars and a fearsome fiery figurehead. You will be introduced to simple woodworking skills using balsa and bamboo and take home your own model boat.”

The following day, again from 10.30am to 12.30pm, younger children aged four to seven years are invited to create their own little forest people from card and twigs as part of a “Forest Friends” workshop.

The spokesman said: “Bring them to life by discovering what happens to them and the minibeasts and creatures that live in the woodland as autumn arrives.”

Thursday (October 31) sees families invited to celebrate Halloween in the museum’s Wild Wood as part of a family day that runs from 10.30am to 4pm.

The spokesman said: “Join us for a spooky day of Halloween fun — if you’re brave enough.

“Follow our pumpkin trail through the museum with a home-made lantern and collect a tasty treat. Get crafty designing spooky spiders, hair-raising hedgehogs and eerie owls and create your own shadow puppet.

“Discover the nocturnal creatures of the Wild Wood for Halloween and find out how they adapt to the dark.

“Come in your most spooktakular costume — bats, spiders, pumpkins and skeletons all welcome.”

If that weren’t enough, another children’s workshop takes place the following day (Friday, November 1), again from 10.30am to 12.30pm.

Youngsters aged four to seven are invited to design and build a magnificent castle with towers and turrets and a fantastical creature or beast to guard its gates.

Meanwhile, the Bears! exhibition curated by the National Centre for Children’s Books is running at the museum until Sunday, November 3.

Thursday’s family day is free with admission to the museum, while each of the two-hour children’s workshops cost £8.50.