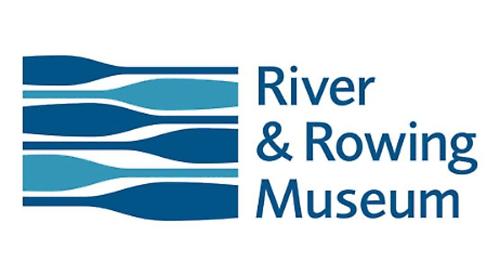 THE former head of learning at the River & Rowing Museum in Henley has spoken out against plans to introduce more office space.

Christina Parker, who held the role from 2009 to 2012, has formally objected to the museum’s application to South Oxfordshire District Council.

It wants to change the use of the learning space to make it suitable for commercial, business and office purposes.

The museum, which is a registered charity, intends to let the space to a local architectural practice and use the income to help it recover from being closed for much of the past year due to the pandemic.

It says the space is currently “underutilised” and the change of use would have no impact on the running of the venue.

But this has led to opposition from former staff, including Mrs Parker, who now lives in Somerset.

She says the reduction in space for education would diminish the experience for visiting pupils.

She says: “While I understand that all museums are dealing with the financial impact of covid-19, I believe that this is a shortsighted decision that will soon be regretted.

“Schools will be back before long and educational provision of the quality offered at the River & Rowing Museum will, I’m certain, attract funding because of national concern for the educational and emotional wellbeing of pupils following the pandemic.

“In 35 years working in museum education, I never worked anywhere that had so many school visits.

“I believe it is misleading to state that the educational spaces are underused when this is purely as a result of the museum being closed due to covid.” Mrs Parker said the popularity of the museum as an educational venue was influenced by the classroom, toilet and cloakroom facilities available.

She explained: “I know from working in venues that don’t have these facilities, how important they are to teachers when planning school trips and writing visit risk assessments.

“The museum is also exceptional in that, due to the educational spaces and facilities, it has the capacity to successfully engage with large groups of secondary pupils.

“Museums are making major changes to their roles in our communities in the name of financial viability but, in order for them to be viable, people have to care about them. If museums don’t care about the next generation, they won’t care about museums.”

He said: “The education department at the museum has always been very good and in many ways has put Henley on the map but it would appear it is being downgraded.

“I’m realistic that the finances are a bit rocky in light of covid, but there are several grants that I would hope would help.”

Mr Wood, who was a trustee of the museum in 2005, said he didn’t want offices on the riverside and it did not align with the original vision for the museum.

Oliver Kavanagh, from Sonning Common, said: “It is crucial that the museum retains the education centre.

“The application says it covers only part of the facility. However, it is clear that the change of use includes the education room, the seminar room and the store rooms. The only part it does not include is already an office, so it would mean the education centre was no longer fit for purpose.

“The addition of office space would not add anything to the community value of this facility. It may provide income, however the museum is a charity and should be seeking charitable income.”

The museum, which will re-open on Thursday, has seen income fall by 60 per cent compared with last year. It was recently awarded a grant of £152,000 from the Government’s culture recovery fund.

It says the change of use is for only a small part of the building that is not normally open to the public.

The Thames and Henley Rooms will become “multi-functional spaces” every day for workshops, school visits and clubs. The Kirkham Gallery will also be used for education.

Louise Wymer, interim director of the museum, said: “Since its inception, the museum has operated at a deficit. Over the last 10 years it has lost, on average, approximately £300,000 per year and covid has increased this deficit significantly.

“Education has historically been an important but costly service to maintain and our proposal offers a solution to support the financial requirement of the museum while still offering a superb education provision.

“The income generated from these commercial lettings will go directly into supporting the operation of the museum as part of our drive to achieve a cost-neutral position, without which the sustainability and survival of the museum are in question.”