Conductor's instincts made for a most satisfying festive concert 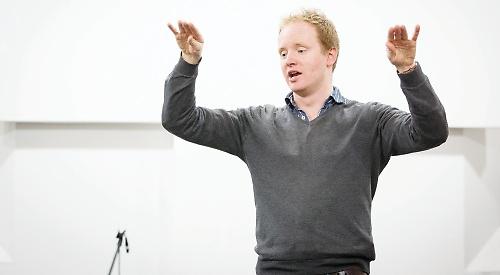 Wherever one looked critically, nothing had been left to chance.

All was beautifully planned and choreographed — from the witty introductions by the respective comperes to the immaculately turned-out adult and junior choir members — a festive canvas of red, white and black.

The five-piece Onyx Brass were a class act. They added welcome orchestral texture to the organ and piano accompaniments, while their versions of Jingle Bells/Deck the Halls, Wexford Carol and a Carol Fantasy were a brilliant fusion of wit and technical mastery. That such brash instruments could be played so delicately was a revelation.

This can also be said of Daniel Moult’s scintillating demonstration of the organ’s versatility in the two Bach versions of In dulci jubilo and the more recent timeless romp, Leroy Anderson’s Sleigh Ride.

Peter Asprey’s initial period with the junior Henley Youth Choir clearly paid dividends, judging by their confident afternoon performances of The Holly and the Ivy (Gardner), Walking in the Air (Blake) and the Sussex Carol (arr Willcocks).

They articulated punchily, had a solid grasp of tempo and responded positively to Asprey’s insistent directing style. Two or three-part harmonies appeared to present no problems and soprano Chloe Cormack’s rendition of Walking in the Air was coolness personified.

In Handel’s Zadok the Priest, tucked in amongst the adults, they also held their own, as did their counterparts in the senior Henley Youth Choir.

The latter, appearing in both concerts and substantially grown in numbers, showed considerable maturity in Torches (Joubert), Shepherds’ Farewell (Berlioz) and This Little Babe (Britten).

And, like the juniors, they were undaunted by sudden forays into two- and three-part harmony.

They were also able to sustain the lively momentum of the challenging Britten piece, anchored by D’Attellis’s rock-solid accompaniment.

The Henley Choral Society itself — at half-strength for the children’s concert but at full strength for the main evening one — had their work cut out with a clutch of solo carols and a substantial programme of ambitious choral repertoire — Zadok the Priest (Handel), Canite tuba (Palestrina), God is with us (Tavener), O magnum mysterium (Lauridsen)and Te Deum Laudamus (Stanford).

Peter Asprey proved outstanding in the handling of his resources. Clearly endowed with the gift of performance, he was able, in the moment, not only to sculpt the overall shape of each of the works but to bring out the musical nuances that make such a difference to the listening experience.

He has a perfect instinct for tempi, rubatos, crescendos, diminuendos and how much time to allow between phrases.

A more evenly balanced Henley Choral Society, thanks to its burgeoning men’s section, rose to the task magnificently — enunciating clearly, projecting forcefully and adjusting musically to every slight tweak of the baton or eyebrow.

Zadok the Priest took the venue by storm, while, of the solo carols, the last verse of In the Bleak Midwinter (Darke) stood out as a moment of sheer beauty.

Tavener’s hallmark use of a ground and perfect fifths were well exploited to bring out his own signature sound world, building gradually to a huge climax as the organ burst on to the scene.

The Lauridsen was carefully controlled. Its complex harmonies were expertly managed and the closing bars were divine.

The Stanford, for me a relatively less convincing piece, was nonetheless confidently performed and ended the evening’s proceedings on a high.

The appointment of Peter Asprey will not be regretted. This was one of the most satisfying Christmas concerts I can remember — a sentiment echoed by many.