Singer goes back to roots of land and sea 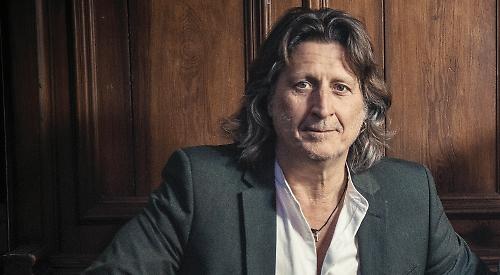 STEVE KNIGHTLEY, one half of acclaimed folk/roots duo Show of Hands will be performing at the Nettlebed Village Club on Monday.

The gig is part of his mission to play 150 village halls and “untapped” grassroots community venues.

The set-list will comprise songs from two of his earlier tours — “Grow Your Own Gig”, which saw him performing at a bedrock of intimate rural venues, and “All At Sea”, where he appeared at maritime venues, all within sight and sound of the tide.

Songs from both shows were recorded and two albums, Off the beaten Track and All at Sea were released.

This yeat he is combining material from both recordings for his solo “Landlocked” tour.

One half of the evening will feature original and traditional songs of the land and the second half will draw on his nautical themes.

Knightley, who won the Best Original Song category at the 2010 BBC Radio 2 Folk Awards for Arrogance, Ignorance and Greed, has a prolific back catalogue of inspired songs including Country Life, about the demise of rural living, to Tall Ships, set in a West Country fishing village, and crowd pleasers like Santiago and his Cornish miners’ song Cousin Jack.