Feast of folk delights in store at Nettlebed 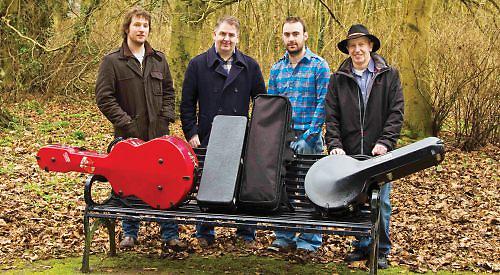 The musicians, who hail from Belfast, have been touring for almost a decade and have five albums to their name including their latest effort If Ida Been Here Ida Been There.

The group, whose name means “russet branch” in Gaelic, play traditional Irish music on instruments including the uillean pipes, fiddle, banjo and guitar.

Next month will see two appearances by Feast of Fiddles, who were formed as a one-off ensemble for a concert at the club in 1994.

They have now embarked on their 24th annual spring tour and will be launching their sixth album, Sleight of Elbow, which for the first time features mostly original compositions.

They are backed by a
line-up of rock musicians on guitar, keyboard, saxophone and accordion, as well as Fairport Convention drummer Dave Mattacks.

Mark Radcliffe of BBC Radio 2’s The Folk Show has described them as “Britain’s fiddling supergroup”.

Feast of Fiddles are playing the High Street venue on Monday, April 3, and Tuesday, April 4. Both concerts start at 8pm and tickets are £20 in advance. Entry on the door is £1 extra.

For more information on all Nettlebed Folk Song Club concerts and to book, call 01628 636620 or visit www.nettlebedfolkclub.co.uk