Pianist makes classics sound as if they've only just been written 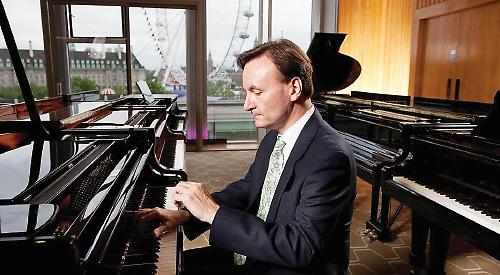 THE world-renowned pianist Stephen Hough joined the Henley Symphony Orchestra under their conductor Ian Brown to give this concert of three popular classics: Beethoven’s overture Prometheus, his fourth piano concerto and Holst’s orchestral suite The Planets. Unsurprisingly, the event was very well attended.

Beethoven’s overture began at a steady pace that facilitated clean dovetailing of the woodwind interjections with the underlying string parts and ensured rock-solid ensemble playing throughout the piece.

This was Beethoven experimenting with new sound colours and textures and introducing to the world a most memorable theme that he was to reuse in his Eroica symphony. It was a good “warm-up act” for the music that followed.

Beethoven’s fourth piano concerto may not be as famous as his fifth (“The Emperor”) but it has immense charm and an almost Mozartian quality about it that is most appealing.

Its unconventional opening by the soloist (a few simple chords and a little scale that is so difficult to get exactly right!) forewarns us that we are in for something different, seldom heard before Beethoven’s era — a true partnership between soloist and orchestra on equal terms. And the orchestra was ready for it.

How is it that Stephen Hough is able to make an old and established masterpiece sound as if it had only just been written that day?

There were no tricks, such as messing around with the tempo or making dramatic gestures. He simply played it “right” with great authority, apparent ease and deceptive simplicity. His unusually clear enunciation of the bass line was also much appreciated.

To their credit, conductor and orchestra matched his interpretation every step of the way. Ian Brown, no mean pianist himself, made short work of coordinating the notorious handovers from piano to orchestra at the end of cadenzas; he caught every one exactly right to the nearest millisecond — a rare joy.

How do you follow a performance like that? With a barnstorming performance of The Planets of course!

“Mars, the Bringer of War” can be interpreted in two ways — a brisk tempo gives rise to images of cold-blooded slaughter by killing machines that move on relentlessly; a slower tempo engenders more menacing overtones with foes unknown and unknowable. This performance opted for the latter approach with the consequence of achieving well-controlled crescendos and powerful climaxes.

“Venus, the Bringer of Peace” restored equilibrium with a nicely placed horn solo and some truly heavenly playing by the solo violin and oboe.

“Mercury, the Winged Messenger” flew past with a delightful sprinkling of foo-foo dust from the burbling woodwind — not easy to play but they managed it well.

Jupiter, Saturn, and Uranus took their turns too, with many telling moments. But first prize must go to the busy percussion section and harps that played impeccably throughout.

Finally “Neptune, the Mystic” arrived. The ensemble was joined by the Tapestry Choir (off-stage), directed by Sarah Latto, who wafted us off ethereally into utter silence and the darkness of the night.