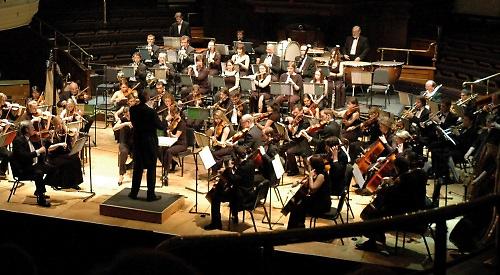 THE Aldworth Philharmonic Orchestra (APO) will mark the 70th anniversary of the twinning of Reading and Düsseldorf with a performance of Robert Schumann’s Fourth Symphony tomorrow night (Saturday).

The venue for the 7.30pm concert is the Way Hall at Reading Blue Coat School in Sonning Lane, Sonning.

The APO will be performing the symphony in its revised version of 1851, from when the composer was living in Düsseldorf.

A spokesman for the orchestra said: “It was not a happy time for Schumann, who attempted to take his life by throwing himself into the Rhine, only to be rescued by fishermen and see out the rest of his days in an asylum.

“The music takes us into this turbulent and tortured mind palace, but there is contrast with some wonderfully lyrical, tender moments, before the positive energy of the finale.”

The APO is named after the founder of Reading Blue Coat School, Richard Aldworth, in recognition of the support the school has shown the orchestra throughout the last 15 years.

Two of the school’s many talented musicians will join the orchestra as soloists for the evening.

Charlie Rothwell will play the first two movements of Elgar’s Cello Concerto, with Alex Turvey providing an impressive conclusion to the first half with Rimsky-Korsakov’s Trombone Concerto.

The programme opens with the ominous chords of Finlandia, Sibelius’s portrait of the nationalistic struggle against Imperialist Russia in his native Finland at the turn of the 19th century.

As on previous occasions, free tickets are available to anyone who has never heard a live orchestra in concert, through APO’s “Concert Virgin” scheme.

Tickets are priced £10 (£8 concessions, £5 children) and are available from www.
aldworthphilharmonic.org.uk, where Concert Virgins can register in advance for their free ticket.