Concert transported everyone around the world — and back 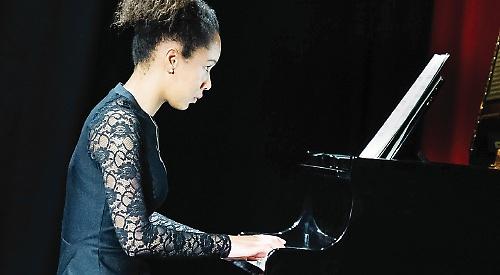 THE theme of this year’s festival was “Journeys” — and in my mind I definitely spent the evening being transported around the world by the wonderfully varied music and the young, committed, classically trained Henley musicians.

When the concert opened, I was immediately flown to Buenos Aires with Astor Piazzolla’s beautiful Chiquilín de Bachín, performed by the Henley Suzuki Violin Group.

Then I was off to Spain with Danse Espagnole composed by Manuel de Falla and stylishly performed by Raphael Conte on the violin. This was followed later by Spanish Love Song performed by Thomas Harding on saxophone.

With Thomas’s second performance, A Stormy Coast by Walter Carroll, this time on the piano, I travelled down to Cornwall.

I then enjoyed Ladies in Lavender by Nigel Hess in a very polished performance by violinist Ava Reineke.

Next I found myself in a gondola in Venice with the beautiful Masquerade by Karen Tanaka, performed by pianist Ciara Rosenmeier.

Some of the performers have journeyed from around the world to live in Henley. I was transported to the Wild West with the very fast piece Indian Pony Race performed by my daughter, Texan pianist Ria Mooney Nyangiti.

Chris Metcalfe, who was born in Japan, played the jolly third movement of Friedrich Seitz’s Violin Concerto No2 in G Major. Russian Yuri Madhoo performed a complex piece by Ludovico Einaudi on piano.

The concert gave the audience a wonderful mix of musical styles — from classical, the blues and current hits to an original composition.

We were taken to Chicago with the Henley Music School’s Brass Quintet, which played Based on the Blues, and then with Moody Prawn Blues performed by Natasha Clark Lam on piano. Fergus Heggie, resplendent in his Shiplake College football kit, performed some boogie-woogie on the piano.

The Gillotts Chamber Group brought us a gorgeous version of Coldplay’s Viva la Vida, while the Gillotts Voices choir treated us to three fantastically harmonious songs.

The choir’s enjoyment was evident in the young people’s smiling faces as they took their bows to rapturous applause. Charlie Shaw both sang with the choir and played the lovely Forty Winks by Mark Tanner on piano.

Another highlight was cellist Mae Reineke, a music scholar at Cranford House School, who performed an original piece of her own called Tears of a Cello.

The evening was hosted by the delightful Sophie Print, a year 10 Gillotts student and an accomplished pianist herself. She has performed many times at HYF Proms but this was her first time hosting the concert.

The only piano duet of the evening was performed by Georgina Ashby and Sophie Dodd, who together played Rodgers and Hammerstein’s My Favourite Things.

This concert was definitely one of my favourite things in this year’s Henley Youth Festival.

It was evident that these young musicians relish performing before a live audience and I hope this encourages them all to continue with their music studies.

Young people are our future and that future looked especially bright on Wednesday evening.

Congratulations to the Proms for showcasing these talented musicians. Roll on next year!