Concert of favourites proves to be full of impressive moments 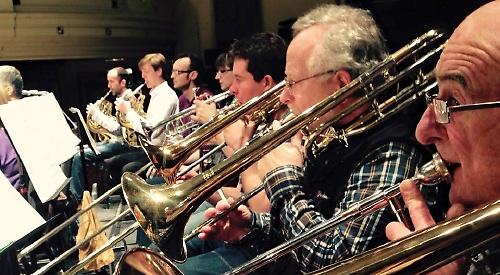 THE Aldworth Philharmonic entertained its audience with a series of romantic works spanning some 70 years on Saturday evening.

Not so typical for an orchestra which prides itself on bold programming and has a reputation for performing lesser-known pieces alongside newly commissioned music by living composers.

In this concert, however, the players from the Reading-based orchestra demonstrated how equally committed and responsive they are to music by the established composers which remain firm favourites with audiences.

The brass section captured the mood immediately with its repeated dark and menacing motifs, while underneath we heard suitably agitated surges from the strings, both parts together portraying the struggle of the Finnish people.

Further on, the famous melodic hymn-like theme (“Be still, my soul”) emerged to bring a temporary sense of calm and order, sweetly performed by the flutes and strings before finishing with a return to the dark opening passages and a long crescendo, leading to the powerful climax.

In the first, Charlie captured the nostalgia of Elgar’s elegiac theme as it smoothly rose and fell in lilting dialogue between soloist and orchestra.

The contrasting second movement demonstrated the technical capacity of this talented player with numerous passages of rapid notes cleanly executed in unwavering momentum right to the end. Bravo!

Then we heard Alex Turvey in Rimsky-Korsakov’s Concerto for Trombone, a work comprising three short movements.

The latter two of these featured cadenzas and we were treated to some thrilling notes in the lowest register. Exciting fanfare-style rhythms in the opening movement contrasted with Alex’s beautiful tone in the lyrical lines of the Andante Cantabile.

The final movement, based on a happy march theme, was highly entertaining and set us all up for the interval in a jolly mood.

The finale work was Schumann’s Fourth Symphony, originally composed in 1841 but heavily revised by the composer some 10 years later.

Schumann, the apex of Romanticism, wrote this wonderful, innovative work using one main melodic idea to unify all four movements.

There were many impressive moments and despite the notoriously thick texture of Schumann’s orchestration we heard the clear interplay of melodic lines between wind and strings throughout.

The lyrical second movement was expressively shaped, if a little rushed in places, with delightful duet passages between the principal oboe and cello.

The scherzo was full of verve and energy, with the cello and bass sections providing real strength and buoyancy at the bottom end.

The finale delivered a range of orchestral colour with dynamic light and shade.

Conductor Andrew Taylor kept a masterful firm hand on all proceedings, pushing the orchestra relentlessly onwards in a determined bid to bring the piece to its final dramatic conclusion.