Choir could rock up somewhere near you 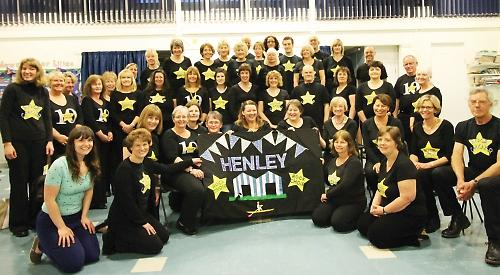 The nature of the event means the choir’s 60 members have no idea where they’re going to rock up and perform — and neither will members of the public.

Early last year a 150-strong group of Rock Choir members staged a surprise “flashmob” event in Broad Street, Reading — emerging to sing A Little Respect by Eighties chart-toppers Erasure. According to choir leader Lucy Hewes, something similar could be on the cards this weekend, but at a lot more locations.

As well as Henley, Lucy runs the Caversham, Tilehurst and Bracknell & Ascot Rock Choirs, each of which will be enjoying their own bus tour this weekend.

While not wanting to give away spoilers, Lucy revealed that each choir’s tour will have three stops. The first of these will see the Tilehurst Rock Choir performing in Henley town centre at 11am tomorrow (Saturday).

So watch out, there’s going to be a Rock Choir about...