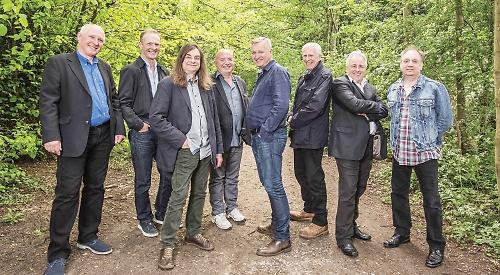 NETTLEBED Folk Song Club is having a break for Easter — meaning no concert this coming Monday (April 17).

But the weekly series of Monday night concerts at Nettlebed Village Club will resume on April 24 when eight-piece rock-folk band Home Service take to the stage at the 227-capacity High Street venue.

Formed in 1981, Home Service made a dramatic return to prominence in 2011 with a bestselling live album and a string of major festival appearances that saw them named “best live act” at the 2012 BBC Radio 2 Folk Awards.

Last year, after five years back on the road, their esteemed leader and frontman John Tams announced he was retiring and many thought that would be the end of the band. But happily not.

Folk club organiser Mike Sanderson said: “This band is a folk institution — one of the most unique sounds that could grace any stage, with nothing remotely comparable in the folk arena.”