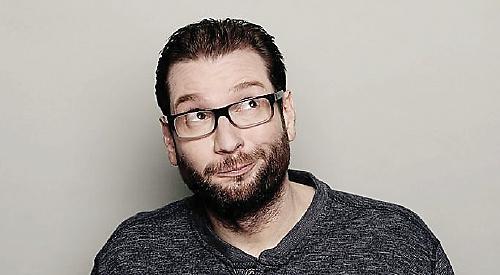 A COMEDY night headlined by one of the stars of Mock the Week is among the highlights of this year’s Dorchester Festival, which starts today (Friday).

Among his other notable achievements, Gary Delaney is the only comedian ever to have got two gags in the same top 10 for the Dave TV channel’s “Funniest Jokes from the Edinburgh Fringe”. He is also a double Sony Award winner.

A popular biennial event, the festival takes place in and around Dorchester Abbey — with this year being the seventh time it has been staged.

Since 2005 it has regularly attracted more than 3,000 people each year, from serious followers of the arts to schools, families and children of all ages.

As well as the comedy, there’s something to please everyone, rain or shine — from classical music to history, with comedy, cookery demonstrations, a food fair and children’s entertainment and workshops thrown into the mix.

The festival itself runs until Sunday, May 7, with other highlights set to include Tentertainment with Nick Cope (this Sunday), a jazz supper with Cate Cody (Monday), a film night (Thursday), a visit from Bake Off contestant Christine Wallace and a concert by the Tallis Scholars (next Saturday), a Mad Hatter’s Tea Party (next Sunday) and a food and gift fair (next Saturday and Sunday).

During the course of its existence, the festival has raised more than £110,000 for Dorchester Abbey and local charities.

This year the festival’s chosen charity is the Sue Ryder Hospice at Nettlebed.

Festival director Steph Forman said: “We have so many events on offer, so please do take a look as there is something for everyone. Come and have a good time and raise money for two very special local charities.”

A full day by day guide to what’s on can be found on the festival’s official website at www.dorchesterfestival.com, where tickets can also be booked.