Talk was music to people's ears 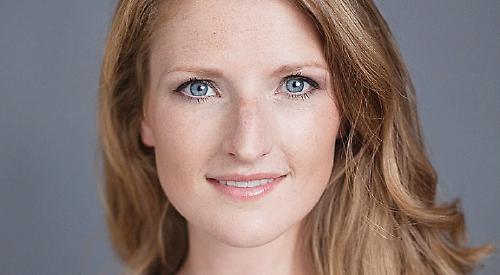 OPERA Prelude was founded by Fiona Hamilton to create “a bridge across the footlights”, introducing us to “young opera singers and their diverse, enriching art form”.

It was a privilege to attend the charity’s latest event at Round Hill House, Fawley — an erudite and stimulating lecture by art historian Dr Charlotte de Mille entitled “Renoir’s ‘La Loge’ — Art and Music of the Parisian Golden Age”.

Dr de Mille, who has a doctorate from the Courtauld Institute of Art and curates a music series for the Courtauld Gallery, set the scene by inviting tenor James Way, runner-up in the 2017 Kathleen Ferrier Awards, to sing Hahn’s Le Premier Rossignol and Lalo’s Vainement, ma bien aimée from Le Roi d’Ys. This was commanding, expressive singing.

She then began a compelling insight into the place of music, dance and art in 19th century Paris, starting with Renoir’s depiction in La Loge (1874) — literally “theatre box” — of fashionable Parisians out at the theatre. Opera was also a vibrant social scene, as illustrated by a Degas painting of 1871.

Manet’s Music in the Tuileries Gardens (1862) was described by Dr de Mille as an opera audience listening to a performance. Some of the depicted characters were critics of Wagner, whose Tannhäuser début in Paris ended so farcically. The painting covertly supported him.

References to post-impressionist Cézanne, and again Manet, defined music as a metaphor for temporality, contrasted with the two-dimensional nature of painting on flat board.

We learnt also that ballet became an important element of opera. Two Dancers on a Stage by Degas, for example, captured a rehearsal for a ballet in Mozart’s Don Giovanni.

This was the cue for extracts from the opera. James Way’s choice was a Don Ottavio aria from Act I, while Callie Gaston sang Vedrai Carino, a song about a hidden potion. Both were beautifully executed.

Dr de Mille described how artists and performers bucked the trend to get back to primitive life, as in Gaugin’s portrayal of women in traditional Breton dress, far removed from the glitz of Paris.

She touched on music hall, cabaret and the Bohemians, referring to the characters in Puccini’s La Bohème and the real-life bohemian coterie of Jane Avril, Toulouse-Lautrec and Satie, regulars at the Chat Noir, where Satie played.

She ended with a tantalising question about Puccini’s true intentions. Was La Bohème really a “modern” representation of the uncertain life of a performer or actor?

This all-encompassing, academic tour de force concluded as it began with music: Musetta’s Quando m’en vo from La Bohème, sung by Callie Gaston, Che Gelida manina from the same opera, sung by James Way, and an untitled number by Satie performed by Callie.

Both singers are clearly on track for a bright future, while Natalie Burch showed herself to be a sensitive, empathetic accompanist.

For details of forthcoming Opera Prelude events taking place in both Fawley and London, call Fiona Hamilton on 0207 183 732, email operaprelude@gmail.com, or visit www.operaprelude.com