It's a Viennese whirl through opera gems 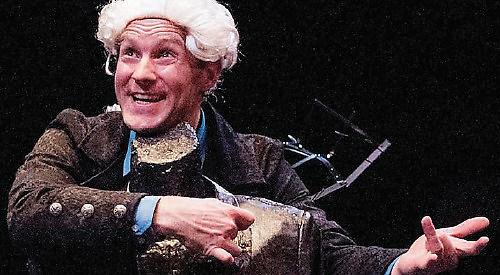 OPERA lovers and theatregoers can spend a night in Vienna later this month — without ever leaving Henley.

The Kenton Theatre is hosting a special evening of classical music on Saturday, May 20, with the Arts Council-backed Time Zone Theatre — part of a European tour that culminates in a London run this summer.

The double bill comprises one-act opera Mozart & Salieri in the first half and many of Mozart’s best-loved arias and duets in A Night in Vienna in the second half.

For the former, Russian composer Nikolai Rimsky-Kosakov took the same Alexander Pushkin story that inspired the Oscar and Tony award-winner Amadeus and created a one-act opera that is presented here in a new English translation.

In the latter, set in the infamous Vienna Grand Hotel, enjoy a fast-paced journey though Mozart’s most familiar works including The Magic Flute, Don Giovanni, The Marriage of Figaro, Così fan Tutte and more.

Nominated for “best opera production” at the 2017 Off West End Awards, the Spectator described it as “very well worth seeing” while Live Theatre UK said “the text is delivered in English with remarkably crisp diction that leaves no word obscured ... the singing is excellent.”

The box office at the New Street theatre is also open to callers in person from 11am to 3pm on weekdays and 10am to 1pm on Saturdays.