Concert to commemorate MP killed in the Great War 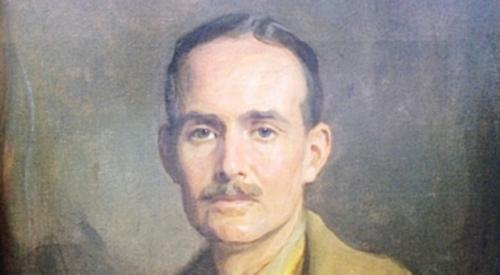 THIS time 100 years ago the MP for Henley was Major Valentine Fleming from Nettlebed.

The father of four boys — one of whom, Ian, would later find global fame as the creator of James Bond — Valentine was a close friend of Winston Churchill and a leading light of the South Oxfordshire community.

Elected to parliament in 1910, it was in his capacity as the local MP that he was asked to officially declare open Nettlebed Village Club when it opened its doors for the first time in 1913 — the construction of the building having been funded by Valentine’s father, Robert, the Scottish financier and philanthropist.

The following year, the assassination of Archduke Franz Ferdinand of Austria saw the First World War break out in Europe. Billed at the time as “the war to end all wars”, the conflict would run from July 28, 1914, to November 11, 1918.

Valentine joined “C” Squadron of the Queen’s Own Oxfordshire Hussars, and went to France to fight — later rising to the rank of major.

By his own account, in a letter written to a fellow officer, the cavalry regiment initially had little more than “a tour of the principal French watering places” followed by a “very dull” fortnight hanging about Dunkirk and St Omer.

But then on October 30 he and his men were told by General de Lisle to occupy a line of trenches near Messines.

“This was disagreeable,” wrote Valentine, “as projectiles of every variety were exploding with a disquieting regularity over the ground of our advance. Luckily we had no man hit — I can’t think why — which put some heart into the men. We began to wonder how to fix the bloody bayonets with which we had been issued two days previously.”

After serving with distinction for nearly three years, Valentine was killed by German bombing in the Gillemont Farm area of Picardy on May 20, 1917.

For his war service, Valentine was posthumously awarded the Distinguished Service Order. His obituary was written by Churchill and his portrait still hangs above the bar at Nettlebed Village Club.

With the centenary of his death approaching, a special “commemoration evening” has been organised in Valentine’s memory in partnership with Nettlebed Folk Song Club, which stages a regular series of Monday night concerts throughout the year.

The main act for the evening will be Coope, Boyes and Simpson, who are widely regarded as one of the leading authorities on the music of the First World War period.

The evening will also include a performance by Steve Knightley, of folk legends Show of Hands, together with a reading from Valentine’s granddaughter, the actress Lucy Fleming. Henley singer-songwriter Megan Henwood will also perform.

Proceeds from the evening will be donated to the Nettlebed Village Club roof fund.