For those about to Roke, we salute you 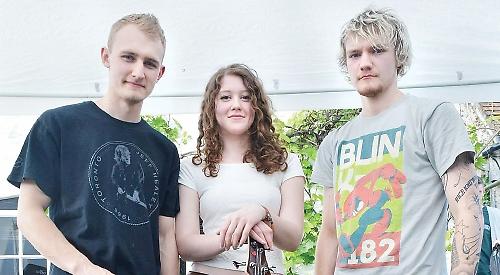 The three-day mini-festival is hosted each year at the Home Sweet Home pub at Roke, near Benson, and incorporates a beer festival.

Entry is free throughout the weekend, but donations to the Thames Valley Air Ambulance are invited.

Tomorrow and Sunday will see acts taking to the stage from 2pm to 11pm.

Due on stage at 4pm on Sunday are the Vincent White Band. This will be their third appearance at the festival, where they have won over many fans.

The band are brothers Vincent and Jack White, aged 21 and 20, on guitar and drums respectively, with Claire Webb, 19, on bass.

Valerie Krueger, a fan of the band, said: “They are Oxfordshire’s most unique three-piece band, playing rock and blues covers and original songs in the style of the late, great Jeff Healey, with the guitar played flat on the lap. Not to be missed.”

A Rokefest spokesman said: “The garden will be fully covered by a marquee, so there’s no need to bring your wellies. Barbecue food will also be available throughout the weekend and there will be a hog roast at 7pm on Saturday.

“We are hosting two open mic sessions from 2pm over the weekend, If you want to come up and have a jam, please contact us via www.rokefest.com.”

The Vincent White Band are also booked to appear at the Wallingford Blues and Beer festival on Saturday, June 10, at 4pm.