Seventy years on, orchestra still has a hold on our heartbeats 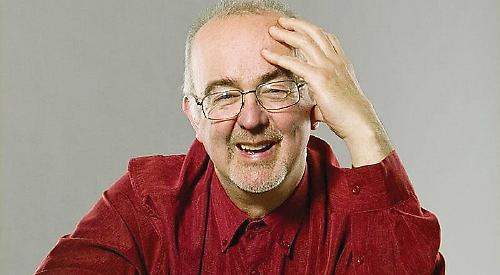 Unsurprisingly, there was an excellent turnout. The RPO are regular visitors to the Hexagon, have amassed a large following of loyal supporters, and this was their final concert in Reading’s Classical Music Alive season for 2016-17.

Their conductor was Christian Kluxen, a dynamic, charismatic figure who was obviously very much at home with the Romantic repertoire on offer.

The soloist, Martin Roscoe, one of the UK’s most established pianists, has a distinguished career, performing frequently with many of the country’s leading orchestras.

This was his second consecutive visit to the Hexagon — last season he was soloist with the Henley Symphony Orchestra — and with his easy rapport and genuine musicianship he again proved himself a popular choice with the audience.

Rossini’s reputation rests, perhaps disproportionately, on the success of his comedy operas. In this programmatic work, however, he found a new voice — and through rich orchestration, daring harmonies and nationalistic themes, the opera seria was born.

In a matter of moments, a full-blown “storm” erupts, with all the orchestral forces called upon.

An ensuing rustic dialogue between flute and cor anglais provided a moment of calm before the trumpet fanfare heralded the beginning of the final triumphant march.

Many heads started to bob up and down in time as the famous galloping “lone ranger” theme was recognised.

In the expert hands of the RPO this hackneyed tune was never less than tightly controlled and sounded freshly buoyant with marvellously contrasted dynamics.

Mendelssohn’s G minor piano concerto was first performed in 1831. It’s hard to believe the composer was only 21, yet Mendelssohn was a precocious talent and had completed numerous works, including symphonies, by then.

The outer two movements are packed full of bravura writing — extended passages in double octaves, numerous scales and a seemingly never-ending stream of notes all combine to create a frenetic and ceaselessly youthful energy.

Roscoe handled it all superbly, with grace and ease.

In the contrasting middle movement, warm and hymn-like, Roscoe exploited the range of nuance fully, his final sequence of pianissimo high register chords barely, yet most definitely, heard.

The final work, Tchaikovsky’s Symphony No 6 “Pathetique” was brimming with passion throughout.

The string playing was full and rich; the cellos were particularly inspiring in their eloquent playing of numerous melodies.

The clarity in the woodwind solos was equally impressive, while the sheer power of the brass section added great dramatic impact as the music moved through the symphony’s four main themes of life, love, disappointment and death.

After all the emotional turbulence the solemn ending, with the double basses’ insistent throbbing heartbeat dying away, captured the audience right to the very end.