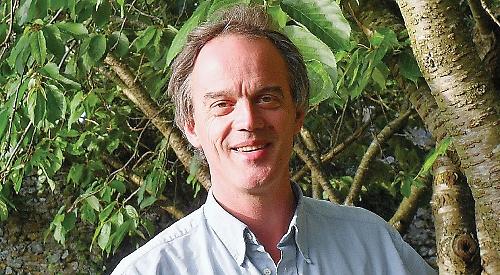 THE musical theme for Henley Symphony Orchestra’s summer concert on Sunday, June 25, is “Enchanted Land” — an invitation to lay out your picnic on the lawns of Shiplake College and then be enchanted by beautiful music in the summer marquee.

A taster of this music was heard at an evening at Fawley Court and was enthusiastically enjoyed.

Following the Shiplake concert the same programme will be taken to Bled in Slovenia, where the orchestra has been invited to take part in the international music festival there.

The soloist at Shiplake will be Richard Hosford one of Britain’s outstanding clarinettists.

After four years with the National Youth Orchestra of Great Britain he won a scholarship to the Royal College of Music in 1979.

As a founder member and principal clarinet of the Chamber Orchestra of Europe, Richard has toured the world performing as a soloist in USA, Japan, Hong Kong and Europe with the world’s most distinguished conductors.

He was principal of the London Philharmonic and has now been principal clarinet with the BBC Symphony Orchestra since 1994, enabling him to pursue his chamber music and solo career alongside his orchestral commitments.

He is a leading member of the Gaudier ensemble and a frequent guest with the prestigious Nash Ensemble (with which Henley Symphony Orchestra’s own Ian Brown has been pianist since 1978).

Richard will play the clarinet concerto written by Finzi in 1949, which is both melodic and English in style.

In the remainder of the programme, Dvorak’s symphonic variations are imaginatively based on a simple Czech folk song, while Dukas’s sorcerer’s apprentice will be forever associated with the Mickey Mouse of Walt Disney’s Fantasia. Rimsky-Korsakov’s passionate Spanish-flavoured Capriccio Espagno will also feature.

The concert starts at 7pm, prior to which the college grounds and bar will be open from 5.30pm.

Tickets are £15 for reserved seating and £10 for unreserved, with students and under-16s half price.