Folk singers glad to keep it in the family 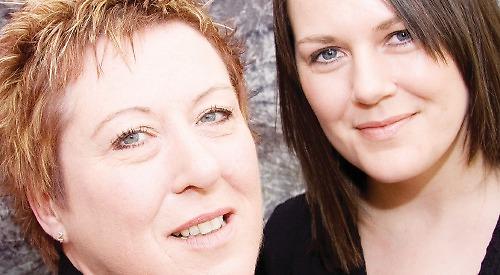 MOTHERS and daughters are rarely in perfect harmony on anything — but folk singers Chris and Kellie While are the exception that proves the rule.

On Monday night at 8pm the pair are bringing their unique musical partnership to Nettlebed Village Club.

Their pleasure in singing together is obvious and when they duet it’s easy to lose sight of who is who, even though separately they have their own distinctive sound and style.

Kellie, who has previously fronted the Albion Band and is a member of the Albion Christmas Band, says: “For us, singing together comes almost as naturally as breathing.

“It feels right, and I suppose that’s partly due to our special bond and to the physical aspect of being related and partly because it’s something we have done ever since I was small.

“There’s no ego, no competition — just two women who love to sing together for the pure joy of it. We just happen to be mother and daughter.”

People have tried to compare Chris While’s voice to that of others, but as fRoots magazine wrote of her: “She learns from many, takes from few and comes away her own woman.”

Recognised as one of the finest singers on the acoustic circuit both in the UK and around the world, her reputation as a performer and writer has been consolidated during the time she’s spent touring, writing, recording and performing both as a soloist and with singer-songwriter Julie Matthews.

For her part, Kellie is an accomplished singer and guitarist who in addition to her work with the two Albion bands has provided guest vocals for some of the biggest names in folk including Eddi Reader, Fairport Convention, Beth Nielsen Chapman and Martin Simpson.

“Individually, both women have exquisitely pure voices, but it’s as a duo that they really soar — their harmonies having the unique quality found only within close family partnerships.”