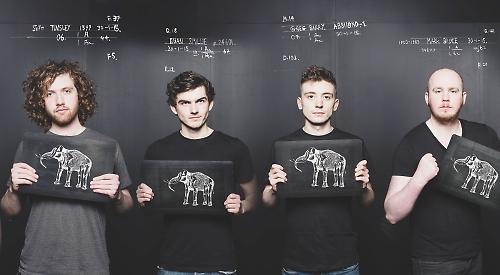 FOLLOWING on from their barnstorming shows at Celtic Connections, neo-trad quintet Elephant Sessions will be in concert at Nettlebed Village Club on Monday (June 12).

All We Have Is Now is the eagerly anticipated second album from the award-winning five-piece.

Their debut album The Elusive Highland Beauty received widespread critical acclaim, propelling the band from their roots in a highland shed to winners of the MG Alba Scots Trad “Up and Coming Act of the Year” for 2014.

They were also nominated for “Live Act of the Year” in 2016 following a multitude of UK and international festival appearances.

The band’s music draws upon influences from their highland traditional roots as well as electronic, rock and funk to create a sound that is truly unique.

All We Have Is Now pushes this sound further, giving the music an infinitely more dark and brooding maturity, while still maintaining the raw excitement of the visceral live shows the band have become both loved and renowned for.

This record is a statement of what traditional music can be and where it is going, pushing the boundaries of instrumental music through their intricate self-penned tunes and a groove-dominated backline.

Elephant Sessions will be touring the UK and Europe during the summer months and Australia, Canada and the USA in 2018. For a full list of tour dates, visit www.elephantsessions.com