Music school's concert at festival is sure to ap-peal 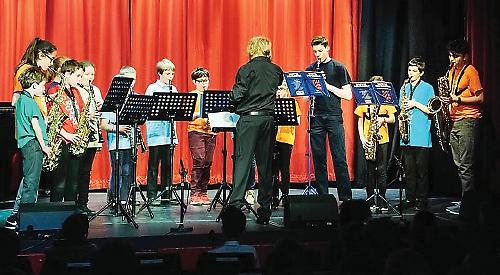 SOME of the town’s very youngest musicians are preparing to perform in public for the first time at this year’s Henley Festival Family Sunday.

The family-friendly event takes place on July 9 from 11.30am to 3pm on the festival site.

As well as live music, festivalgoers can enjoy comedy and visual and performance art tailored for an audience of three- to 11-year-olds. There is even a fun pub quiz for kids at 2pm in Ronnie Scott’s.

Prior to that, however, members of Henley Music School and Henley Youth Choir will be taking to the stage for a joint concert in The Salon marquee from 11.45am to 1.15pm.

Music school founder Laura Reineke said that while members of the two organisations would not actually be performing together during the 90-minute showcase, they had decided it would be a good thing to share the concert with each other.

She added: “We just thought it would be really lovely for us all to get together so that all the kids can see what all the other kids are doing, you know? It will give them a really good idea of what they can achieve. It’s motivational and good fun.”

With Henley Music School catering for children aged four and upwards, there may be something of an “Awww factor” when the youngest pupils come to perform.

“The tiddlers, as we call them, the little tiny children, are playing hand bells and we’ve called it Banana Peal — ‘Peal’ as in the bell,” said Laura.

“It will be all the different groups playing. So for instance the flute group is playing Money, Money, Money by Abba. And then we’ve got the string ensemble playing some Purcell. We’ve got a complete mixture.”

The youth choir, which is run by Henley Choral Society and consists of a junior choir for seven- to 11-year-olds and a senior choir for 12- to 17-year-olds will have its own accompanist for the concert.

Laura added that the music school is closely associated with the festival, having had its roots in the now discontinued Henley Festival Orchestra initiative before becoming a separate organisation in 2010.

Teaching takes place in schools throughout Henley and the surrounding area, with Shiplake College the venue for a monthly series of “music school Sundays”.

Following a summer break, these will resume on Sunday, September 17.