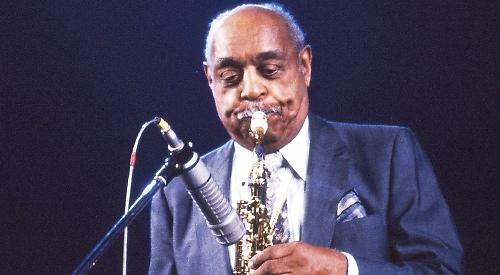 THE stars of this summer’s Henley Jazz Workshop are preparing to show what it’s all about when they stage a special “masterclass” at the Crooked Billet pub in Stoke Row.

The concert on Monday, July 31, is part of the Newlands Lane venue’s regular series of music nights.

It coincides with the first day of the five-day workshop, which runs until Friday, August 4, at Badgemore Primary School in Hop Gardens, Henley.

All four will be performing at the Crooked Billet, where their “masterclass” will feature a selection of well-known swing and jazz standards together with music played and written by Benny Carter.

Carter, who died in 2003 aged 95, was a major figure in jazz from the Thirties to the Nineties, performing with the likes of Duke Ellington, Sidney Bechet, Coleman Hawkins, Django Reinhardt, Dizzy Gillespie and Miles Davis.

Crooket Billet proprietor Paul Clerehugh hailed the Henley Jazz Workshop tutors as “four of the top musicians on the European jazz scene”, adding that their masterclass concert would offer “top-drawer quality music and a good few laughs along the way”.

After graduating in composition from the Royal Northern College of Music, Karen Sharp’s career took off when she was asked to join Humphrey Lyttelton’s band, which which she toured the UK and Europe for four years.

A busy and popular musician with an accessible yet distinctive style, Karen has won the British Jazz Awards’ tenor saxophone category on numerous occasions.

Mr Clerehugh said: “It’s an absolute joy to listen to her speaking the language of jazz.”

Mr Clerehugh said: “You may have been lucky enough to catch him before at the Billet with Lillian Boutte, Moscow Drug Club or the legendary Led Zep tribute!”

Mr Clerehugh said: “Jonny is a throwback to the pre-Miles style of playing. In other words, he’s not cool, he’s hot! He draws from all the trumpeters from Louis Armstrong to Roy Eldridge and Clark Terry. His command over the instrument has made him a very versatile and therefore very busy musician.”

Turning to Andy Crowdy, he added: “For anyone who might not have been to one of our music nights before, Andy practically lives here! Another globe-trotting muso, he is never happier than when playing at the Billet with the Moscow Drug Club, John Etheridge’s Sweet Chorus, Lillian Boutte, his own Led Zeppelin Project, Gary Potter, Alan Barnes, Art Themen or — you get the idea!”

The Crooked Billet’s full regular menu will be available and a music cover charge of £15 will apply. For tickets and table reservations, call the pub on (01491) 681048.

Meanwhile, the organisers of the jazz workshop — which is now in its fifth year — are continuing their search for young locally based musicians who are interested in jazz.

“You will need to be Henley-based and between the age of 18 and 25 and have a good basic command of your instrument — equivalent to grade three or four.

“If you have played jazz before, we will deepen your knowledge. If you haven’t, we will introduce you to this exciting genre.

“Come and join us — you will have lots of opportunity to improvise, learn about jazz from inspiring tutors and have a great time!”

The deadline for taking up one of the half-price places is Friday, July 21. For more information or to apply, visit www.henleyjazzworkshop.com or email liz@ejahenley.co.uk or carol@ace-lpm.com