Blues legend at the half dozen 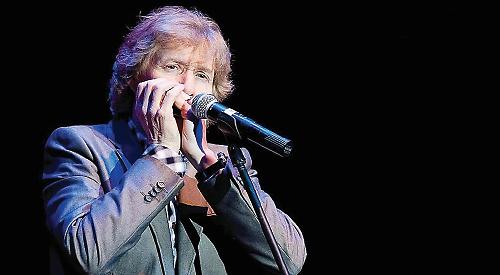 THE UK’s number one blues harmonica player, Paul Jones will be in concert with the Digby Fairweather Half Dozen at Goring Village Hall early next month.

Paul is also a celebrated vocalist, while Digby’s band has been voted the number one small jazz group 10 times in the last 11 years at the British Jazz Awards. The show on Friday, August 4, runs from 8pm to 11.30pm and is the first in a newly relaunched series of “Goring Hall Live” dates.

Previously organised under the banner of the Goring Hall Jazz Society, the concert series runs throughout the year and will now encompass blues and rock as well as jazz.

In an exciting development for rock fans, a number of the night concerts are to be themed around classic albums.

The first of these on Friday, September 22, will see The Album Project present a live version of Fleetwood Mac’s Rumours.

This will be followed on Saturday, November 4, by a performance of The Eagles’ Hotel California.

Then on Saturday, February 24, Pink Floyd’s mega-selling Dark Side of the Moon will be getting the Album Project treatment.

Other forthcoming Goring Hall Live dates include the Eagle Jazz Band with Baby Jools on Friday, October 13, and the Chris Barber Big Band on Friday, December 8.

Tickets for the August 4 concert are £19.50 and can be purchased from Inspiration in High Street, Goring.