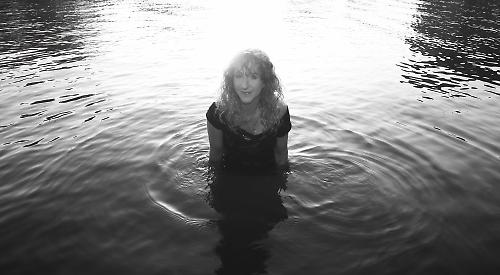 HENLEY singer-songwriter Megan Henwood has a new album in the works — and will be previewing tracks from it at Nettlebed Village Club on Monday night.

Recorded at Henwood Studios near Wallingford, River is set for release in the autumn and will be followed by the 29-year-old’s first solo headline tour of the UK.

“I’m hoping for October but there’s quite a few other things to line up first,” says Megan, who also plays guitar.

“Everything’s been recorded and checked and everything, so it’s just the final mastering and bits and bobs to be done. And there will be singles released leading up to the album release as well.”

Putting out singles in today’s YouTube- and download-focused market means making videos to go with them.

“That’s what I’m in the midst of at the moment, so all that will be coming,” says Megan.

It’s all a far cry from when the singer began writing songs in her early teens.

Her progress proved rapid and in 2009 she and her younger brother Joe won BBC Radio 2’s Young Folk Award.

One of Megan’s poignant songs from the period, White Lies, about relationship abuse, later featured on her 2011 debut album Making Waves, the title of which was a discreet nod to her family’s close links with the River Thames.

Her father Colin is well known to Henley residents for his work with Frieth boatbuilders Henwood and Dean.

Making Waves established Megan as a songwriter rooted in folk but by no means bound by it.

Three tracks from the album went on to be playlisted by Radio 2 and Megan became a regular on the festival circuit.

Her 2015 follow-up album Head Heart Hand was an even more accomplished affair, being widely acclaimed by critics.

In addition to a new song by Megan, and Jackie’s reworking of a traditional arrangement, this featured covers of songs by such diverse artists as Brian Bedford, folk trio Lau, and indie legends New Order.

Small wonder that Megan’s own style is continuing to evolve.

“I try and just write openly and honestly and see what happens, really, instead of kind of limiting myself or thinking too much about what box I need to put things in. I spent the last year writing a lot and then whittled it down to the 12 songs on the album.

“We were only in the studio for a month for this one, so in terms of recording we were a lot more intuitive and less experimental in terms of taking lots of time working things out — but actually letting that sound like it’s been more experimental, if that makes sense.

“We’ve really brought the songs out in a way that just let them breathe and it’s quite a new sound in lots of ways, so I’m really excited by it — but it is quite different!”

It’s not a land speed record, but a month in the studio is quite quick when it comes to recording a whole album.

“Well, it was already demoed. I did home demos of everything, so there were a couple of months of discussions and plans of what we were going to do once we got in there.” The album was produced by Henwood Studio’s resident producer Tom Excell, who also oversaw Head Heart Hand.

“I think another reason why we did it so quickly was because we’ve got a really good working relationship after spending so long on the last record. We know how each other works now and so it just kind of flows really easily.” In like fashion, recent years have seen Megan has continuing to work with many of the same musicians.

“There’s a few new people, but in terms of being in the studio and contributing, the cellist Matthew Forbes and Pete Thomas the bass player — you know, the core people that have been working with me for the last few years — have definitely featured heavily on this one because I think they understand what I’m trying to do and they kind of work off each other and bounce off each other well.

“It makes for a really genuine sound, I think. If you have people who understand what you’re trying to achieve and work with you in a really honest way then I think you need to work with people that you’ve spent a lot of time with and that you’ve worked with a lot before. You have that mutual respect.”

As with any band, the musicians on River have developed a chemistry that has built up over time.

“I definitely have that with Tom [Excell] too, and I think that means we can be more open and communicate better because it’s quite difficult to communicate sonic things — an idea — sometimes, but we can do that without talking about it too much.”

Megan will be joined by bass player Pete Thomas for Monday night’s show, which will also feature songs from her previous albums.