Folk club contingent are ready to rock out 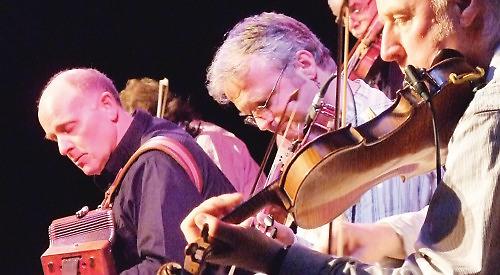 FOLK fans are getting ready to rock out on Monday (July 24) as they celebrate another successful year of concerts at Nettlebed Village Club.

The 8pm gig is the last in Nettlebed Folk Song Club’s 2016-17 season and will be followed by a short summer break before the musical fun resumes on Monday, September 3.

For now, however, followers of the club have Monday’s “Folk on the Rocks” night to look forward to.

As the name suggests, the idea is for practitioners of the different genres to meet in the middle.

Folk club organiser Mike Sanderson said: “Pete Lincoln and the Feast of Fiddles musicians including Alan Whetton on sax are going to show us where Baker Street and Maggie May meet the folk scene again!” Pete Lincoln is best known as the singer with the modern-day line-up of The Sweet, while Feast of Fiddles are justly renowned as a folk supergroup.