Piano man and jazz chanteuse are at pub 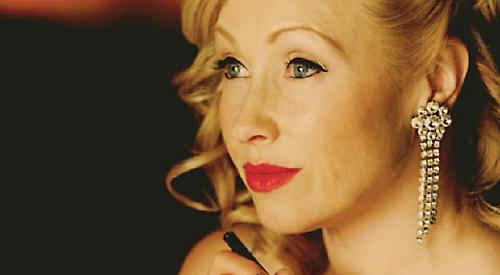 TWO top entertainers and musicians are joining forces for a special one-off show at the Crooked Billet in Stoke Row on Tuesday (July 25).

Pianist Laurie Holloway MBE is known to millions of TV viewers as the musical director of Michael Parkinson’s long-running chat show, both in its BBC and ITV incarnations.

He was also the musical director for the first three series of Strictly Come Dancing on the BBC.

On Tuesday, Laurie will be joined by singer Tina May, who has been a prominent part of the jazz scene since 1981 and won the 1998 BT British Jazz Award for best vocalist.

Hailing her as “one of the UK’s foremost female jazz artists”, Crooked Billet chef patron Paul Clerehugh added: “A dusty soprano with a three-octave range, she is a flexible, imaginative interpreter of both traditional and contemporary songs.

“Tina has performed with such legends as Kenny Clarke and Roger Guerin. She has an unerring instinct for how to treat a song and is that great rarity, a singer who enhances a song.

“Her musical heart may well be rooted in the music of Waller, Ellington, Gershwin, Monk and the jazz tradition — however, she is not a performer who remains musically static, as she is a thoroughly modern 21st century artist.”

Turning to Laurie, he said: “As you know, Laurie worked with Michael Parkinson for decades and was the musical director on the BBC’s Strictly Come Dancing. He has appeared with London Symphony Orchestra, the BBC Concert Orchestra, the Royal Philharmonic and the Boston Pops Orchestra as both conductor and lead pianist.

“His TV work has included being the composer of several well-known TV theme tunes such as Blind Date and Beadle’s About.

He has been awarded the gold badge of merit by the British Academy of Composers and Songwriters and has appeared as the subject of This Is Your Life.

“He was appointed Member of the Order of the British Empire (MBE) in the 2013 Birthday Honours for his services to music.”

The Crooked Billet’s full regular menu will be available on Tuesday night, when a £20 music cover charge will apply.