Opera companies team up to bring a taste of summer 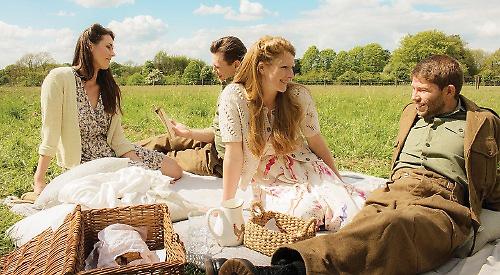 THE forecast for August may not be the brightest, but summer is far from over if Henley-based charity Opera Prelude has anything to do with it.

For the fourth year running, it is joining forces with London-based Opera Holloway to present a summer evening of opera.

A hilarious adaptation of Mozart’s Così Fan Tutte is planned for Friday, September 15, at 7pm.

Set during the Second World War, sisters Fiordiligi and Dorabella appear as Land Girls forced to watch their boyfriends go off to war earlier than expected.

Through trickery and plenty of comical disguises, their sweethearts seek to find out how faithful the two girls really are.

Fiona Hamilton, of Opera Prelude, said: “With sublime music by Mozart and an astonishingly talented cast performing with string quartet and piano accompaniment, this promises to be a captivating show.”

A spokesman for Opera Holloway, which will be touring Così Fan Tutte throughout September, said: “We’re delighted to be working in partnership with Opera Prelude, whose fantastic team of opera singers give opera-related lectures to an ever increasing audience throughout the year.

“Once again our cast for this year’s touring production consists of an exceptionally talented selection of younger singers and we’re thrilled to have director Fiona Williams working with us again.

“Fiona’s productions have been enormously popular with our audiences in previous years and we look forward to her adaptation of Mozart’s work this year.”

Tickets for Così Fan Tutte are £30. Full details of the venue, a private address near Henley, will be provided on booking. For more information, visit www.operaprelude.com or www.operaholloway.co.uk — where a video trailer is also available to view.

Meanwhile, Opera Prelude has announced details of its first ever show at the Kenton Theatre.

Taking inspiration from the original Three Tenors, Richard Dowling, Alex Haigh and Alberto Sousa will serenade the audience with operatic favourites and stunning songs from the collection made famous by Luciano Pavarotti, Plácido Domingo and José Carreras.

A share of the proceeds will be given to the Chiltern Centre, based in Henley, which helps children and young people with disabilities.

From My Way to Nessum Dorma, “The Three Tenors in Concert” at 7pm on Saturday, October 28, promises to be a night to remember.

Tickets are £30 and can be booked by calling the Kenton Theatre box office on (01491) 575698 or visiting www.kentontheatre.co.uk