'Downtown' star was worth trip up county! 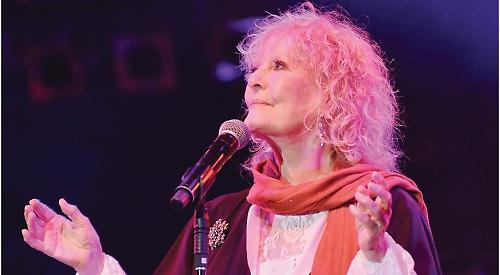 WE were puzzled when we first heard that Petula Clark was to play Cropredy this year.

She’s the other end of showbusiness from this serious music festival. How would she fit in with her Tin Pan Alley ways?

Cropredy is about musicianship, excellence, sometimes intensity, and it’s set apart from the music industry.

It turns out that Petula is about nearly all of that as well, and at 84 deserves a prize for preserving her passion and musicianship — she can really sing.

The Cropredy crowd is used to the likes of Robert Plant turning up to guest. The festival has seen Alice Cooper headline, as have Status Quo, Jools Holland, Squeeze, Richard Thompson many times, Steve Winwood and the perennial, enduring Fairport Convention, whose festival this is.

This is not a festival for lightweights.

And the singer was right out of her comfort zone on her own admission as she faced a sea of knowledgeable music people.

So much so that the first few bars were a little croaky, but that was misleading. Once she got into her stride, the power came — and what a voice she has!

She led us through a string of great hits from the Sixties — I Know a Place, Don’t Sleep in the Subway and, of course, Downtown — each delivered with the vigour of her original recordings. But she also went off-piste with a strong interpretation of Peggy Lee’s signature song, Fever.

Perhaps a couple of choices were ill-advised — she sang two songs from her film Finian’s Rainbow in an Irish accent.

They weakened the output a little but came quite early and she regained momentum with the rest of her set.

She was backed by a very tight, hard-edged band — no syrupy strings, just stripped-back rock-flavoured accompaniments.

One highlight was Winwood’s own While You See a Chance — an Eighties soul-tinged ballad which the crowd would judge harshly if she messed it up — Winwood is right in the Cropredy vibe.

But she didn’t, she made it hers for the night.

This was a treat and we found ourselves witnessing the revival of a career that most of us thought — if we ever did think about it — had gone for good. No, it’s back with a bang.