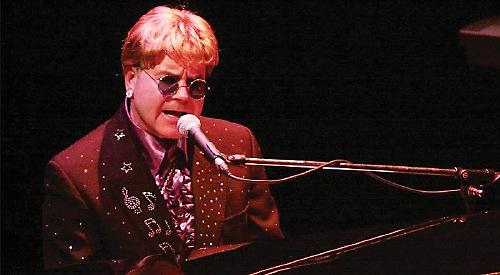 HAVING been built by the grandfather of James Bond creator Ian Fleming, Nettlebed Village Club is on a mission of its own — to raise £240,000 for a new roof.

Fund-raising events held already this year include a performance of Posting Letters to the Moon — a reading of the poignant wartime letters between the actress Celia Johnson and her husband Peter Fleming.

Following the award of a community grant by South Oxfordshire District Council, together with local donations and club funds, the total raised hit £160,000 — leaving around £80,000 still to be raised.

As part of the continuing effort to reach the target, two more events are being held at the High Street venue later this month.

A week later, on Saturday, September 16, Elton John tribute artist Paul Bacon will be performing his “Ultimate Elton” show — with which he recently won the National Tribute Music Awards 2017.

Concert organiser Mike Sanderson said: “With an extraordinarily similar singing voice to Sir Elton’s, Paul is able to draw on an amazing back catalogue of hits to produce a truly wonderful celebration of Elton’s music. Paul’s performances often feature some of Elton’s actual clothes, bought from his ‘Out the Closet’ charity sales.”