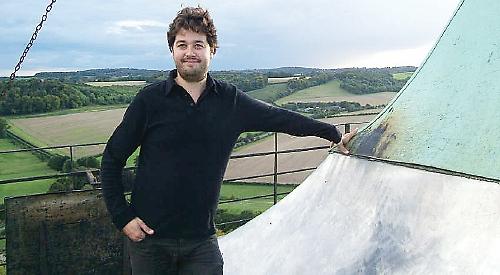 And the small, ancient Church of St Lawrence, at the spectacular summit of West Wycombe Hill, continues to play its atmospheric part in this annual celebration of intimate classical music inspired by artistic director and internationally acclaimed viola player Lawrence Power.

This year’s festival runs from Thursday (September 14) to Saturday, September 16. Four concerts and a masterclass have been planned around this year’s central theme of “voices”.

As Lawrence Power explains: “The obvious starting point was the selection of sublime vocal works in the programme by Schubert, Dowland and Monteverdi.

“These three composers very much defined and shaped western classical music through their writing for the voice.

“Leading on from these vocal works, it is fascinating to look at a composer like Béla Bartók.

“After a breakthrough moment in his early twenties, when he heard a peasant woman singing folk songs, he collected, recorded and notated hundreds of songs from small villages in rural Hungary and Romania.

“His work preserving the music of those cultures had a profound influence on his own compositions and 20th century music.”

Power also considers Vaughan Williams, England’s most prolific collector of English folk songs, to be just as important — and so the early piano quintets of both composers, each dating coincidentally from 1903, will be performed at the festival’s second concert at 7.30pm on Friday, September 15.

More recently, another composer, the Sicilian Luciano Berio, also began incorporating folk songs into his compositions. His work features in the opening concert at 7.30pm on Thursday.

“I have always found his work Naturale for Viola, Percussion and Tape a true masterpiece and a perfect example of the power of the voice,” says Power.

“However, it is impossible to ignore the importance of Franz Schubert’s works in relation to the voice.

“In concerts three and four we will be performing arguably four of his most important works — his Piano quintet in A major (the Trout), the String quartet in D minor “Death and the Maiden” and two works for male chorus, Grave and Moon and Song of the Spirits over the Waters.”

If past form is anything to go on, you will not fail to be overwhelmed by the quality of the performances and the inspired choice of repertoire.

For more information, including the full programme, visit www.westwycombe
chambermusic.org.uk