Jazz concert at church is a first for the organisers 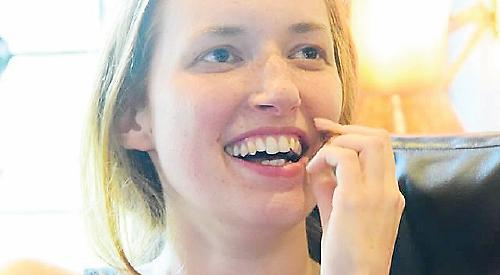 CLASSICAL music promoters Concerts in Caversham are branching out next month — by staging their first ever jazz gig.

“Jazz at St Andrew’s” will feature the talents of pianist Simon Lasky, vocalist Jessica Radcliffe, saxophonist Simon Bates and bassist Robert Rickenberg — who together make up the Simon Lasky Quartet.

Starting at 7.30pm, the concert will take place on Saturday, October 14, at St Andrew’s Church in Albert Road, with the quartet performing a selection of jazz standards alongside some new works by Simon Lasky.

Concerts in Caversham organiser Adrienne Black said: “It should be a really good evening — our first excursion into the realms of jazz but something that has so far had a really positive response.

“The musicians — all top London professionals — will introduce their programme and you can enjoy delicious light bites, included with your ticket, after the show.

“As the first event in our series of concerts featuring all instruments from the reed and woodwind family, this promises to be a heartwarming treat for the start of autumn.”

The focus on families of musical instruments follows the success late last year and earlier this year of a series of “Concerts in Caversham” celebrating different members of the string family.

Performed by a succession of top instrumentalists, these included “The Virtuoso Violin, “The Romantic Cello” and “The Voluptuous Viola”.

Asked about the venture into a new genre, Adrienne said: “We wanted to introduce a fifth concert to our four seasonal concerts over the year.

“Rather than add another classical concert, after a little ‘market research’ we decided that it would be fun to have a jazz concert.

“Simon Lasky is a colleague of mine at Bradfield College, I have heard him perform with Nina Ferro and have always admired his work.

“I also love listening to the likes of Ella Fitzgerald, Stacey Kent, Eartha Kitt and music from the American songbook.

“This is a trial jazz evening and if it is financially viable we will continue with five concerts each year in October, December, late February, late April and early July.

“I think the performance space in St Andrew’s will lend itself well to jazz. I really hope this will become a regular slot in our annual series and reach out to a new audience who in turn may like to attend our other concerts as well.”

Keen-eyed Henley jazz aficionados attending next month’s concert may recognise Jessica Radcliffe as a singer who has previously performed with the National Youth Jazz Orchestra during their annual visit to the Kenton Theatre.

So too might fans of the popular ITV teatime quiz show The Chase — which Jessica entered in a bid to finance the recording of her debut album, Jessica Radcliffe’s Remembrance Project.

Her appearance on the show saw her take home £13,000 after getting the better of chaser Mark “the Beast” Labbett in the final round.

Plans for the album, which has just been recorded and is due for release next year, arose from Jessica’s work as musical director of The Remembrance Project, which featured at last year’s London Jazz Festival.

The project is made up of two sets of Jessica’s original compositions and arrangements based on her in-depth study of the First World War.

As a side project, she also performs with a Second World War-era trio called The Doodlebugs and says that exploring the music of the latter conflict led her to the Great War era.

More recently, she travelled to New York with the London Vocal Project as one of the featured soloists in the debut performance of jazz legend Jon Hendricks’s fully lyricised reworking of Miles Davis’s classic 1957 album Miles Ahead.

Jessica is not the only member of the Simon Lasky Quartet with an album due for release.

Another of Simon Lasky’s projects is his six-piece band, The Simon Lasky Group, which signed to the 33 Jazz label in 2015.

Their debut album, Story Inside, received outstanding reviews and radio play on Jazz FM in the UK and National Public Radio in the US.

London Jazz News hailed the album as “a paean to well-constructed composition and honest-to-goodness musical texture”.

The new record, About the Moment, is the follow-up to Story Inside and is currently pegged for a mid-December release.

In the meantime, jazz fans interested in getting Simon’s take on the genre can tune in to his weekly show The Jazz Report at 4pm on Sundays on www.jazzbitesradio.com

Previous episodes are also available to download as podcasts and the radio station has its own app available via the Apple and Google Play stores.

The quartet’s saxophonist Simon Bates also plays the clarinet and flute, but the sax is his main instrument and he is currently professor of saxophone for the Royal Marines.

Having started out learning the violin at school, the lure of his father’s old clarinet proved too much and he started having lessons.

Having achieved grade eight by the age of 12, he took up the saxophone two years later and got his first paid gig that same year.

By the time he came to read music at university he found himself studying Stravinsky by day and playing Charlie Parker by night in London’s jazz clubs.

Since then his playing has featured on countless adverts, film score, television shows, theme tunes and pop recordings.

He has worked with many leading artists, including Kylie Minogue, Elvis Costello and Lulu, and has been musical director for singers including Rick Astley and Bette Midler — a job he currently does for Pointless presenter Alexander Armstrong.

Double bass player Robert Rickenberg has also worked with many big names during the course of his 25-year career.

A graduate of the Guildhall School of Music he has played alongside such British and American jazz greats as Danny Gottlieb, Will Gaines and Mark Murphy.

Outside the jazz field he has worked on projects with both Kylie and Dannii Minogue, R&B singer Jocelyn Brown and The Snowman composer Howard Blake.

Robert tours with writer-pianist Jay Rayner and is the bass tutor at Tring Park School, the London College of Music and Brunel University.

He regularly performs at London’s top venues including the 606 Club in Chelsea and Ronnie Scott’s and the Pizza Express Jazz Club in Soho.

On top of which he is also the resident bassist at the Club at The Ivy in the West End and the Dorchester hotel in Park Lane.

⚫ • Tickets for the October 14 gig, including post-concert refreshments, are priced £15/£17 in advance or £17/£19 on the door. They can be purchased in advance from Waltons the Jewellers in Prospect Street, Caversham (cash only and the shop is closed on Mondays). Admission for under-16s is free. For more information, call 0118 948 4112 or visit www.concertsincaversham.co.uk