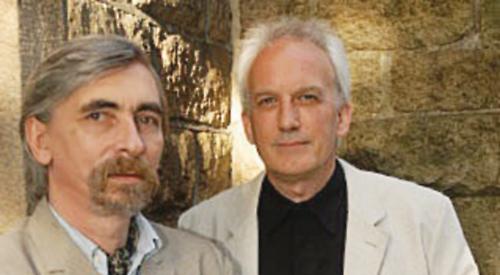 HE is perhaps best known for his role as Daniel Hagman in the long-running ITV drama Sharpe — for which he also co-wrote, arranged and sang much of the music used in the series.

The winner of six BBC Radio 2 Folk Awards over the years, having been nominated 10 times in all, John Tams was also nominated for an Olivier Award for his work on the National Theatre’s production of War Horse — and was later part of the creative team that saw the Broadway transfer win a Tony Award for best play.

But on Monday night he will be performing in the slightly humbler setting of Nettlebed Village Club, where he will be joined by pianist and harmony singer Barry Coope of the popular a cappella folk trio Coope Boyes and Simpson.

Tams and Coope were together named best duo at the 2008 BBC Radio 2 Folk Awards — with Tams’s Sharpe co-star Sean Bean making the presentation.

Although Tams’s debut solo album Unity wasn’t realeased until 2000, the singer has been making his presence felt among the British folk community for more than three decades.

Now 68, he has been hailed as “one of the unsung gods of folk” by Mojo magazine.

Together, Tams and Coope bring experience, innovation and tradition to their humorous and captivating performances, presenting classic powerful songs with guitar and keyboards.