Sublime musicianship at close quarters was a privilege to hear 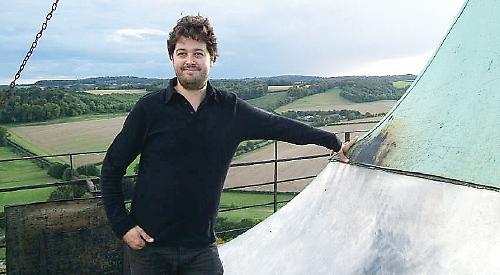 THE West Wycombe Chamber Music Festival can become addictive. Its high standard of performance and adventurous juxtaposition of the unfamiliar with all-time classics make it a highlight of the musical year for many regulars.

Last year’s sun glinting on the golden ball at the top of St Lawrence’s Church, high above the village of West Wycombe, was this year replaced by wind and rain, and lots of it.

Yet this did not deter a stream of cars winding up the narrow track to the summit, where the ancient church’s rococo interior and perfect acoustics beckoned.

As always, the billing for the three-day series could just as easily have been Wigmore Hall or Carnegie Hall, and we have come to expect no less from artistic director and Wycombe-born internationally acclaimed viola player, Lawrence Power.

Under the festival’s “Voices” theme they were joined by soprano Ruby Hughes and the male half of the Elysian Singers, directed by Sam Laughton.

The programme’s vocal leitmotiv revealed itself in the instrumental works by Bartók and Vaughan Williams, both of whom would routinely import native folk songs into their compositions. And of course in Schubert’s Trout Quintet and quartet Death and the Maiden, both linked thematically with his Lieder of the same names. Two of his choral works and a song by Dowland also featured.

To add to these, Power had also unearthed some surprisingly interesting material — some by relatively unknown composers, some by names more familiar.

Among the former was Piazolla’s Tangos for Violin and Double Bass and Naturale for Viola, Percussion and Tape works by Berio, a composer, like Bartok and Vaughan Williams, similarly interested in folk song material.

This was an extraordinary combination of viola, taped vocal chanting, percussion and marimba, where Power demonstrated his supreme virtuosity, expertly supported by percussionist Chris Brannick.

Of further interest, with the composer himself directing, was Huw Watkins’ “Remember” for Soprano and Strings, performed engagingly by Ruby Hughes, who wrung every emotional nuance from the extreme mood swings of this cleverly contrived piece. She had preceded this with Dowland’s charming Go Crystal Tears for Soprano and Strings.

Among the lesser-known works by household names were Elgar’s delightful Canto Popolare for Viola and Piano, Sibelius’s fascinating String Trio in G minor, Kodaly’s arresting Sonatina for Cello and Piano and the somewhat perplexing arrangement by Woolrich of Monteverdi’s Ulysses Awakes for Viola and Strings.

The Elysian Singers were in action twice with Schubert, first in Gesang der Geister über den Wassern with instrumental accompaniment and later in a beautifully-textured a cappella account of Schubert’s Grab und Mond.

Having been taken on a journey into the quirky, had our senses jolted or been left awestruck or bemused, we were generously rewarded with virtuoso accounts of piano quintets by Vaughan Williams, Bartok, Schubert (Trout) and Brahms, all meeting with enthusiastic approval and the occasional standing ovation.

Schubert’s quartet Death and the Maiden, the closing item of Saturday evening’s sign-off gala concert, was nothing short of sensational, especially the divine slow movement. All credit to Stefanie Gonley for her stamina and technical brilliance in this most demanding of first violin parts.

As always, Lawrence Power set the festival’s quality benchmark with playing of sublime quality and musicality. It was again a privilege to hear him and his eminent colleagues at such close quarters.

You can stay informed about future events via www.
westwycombechambermusic.
org.uk and you would also be well advised to email westwycombefestival@
gmail.com to get your name on the mailing list.