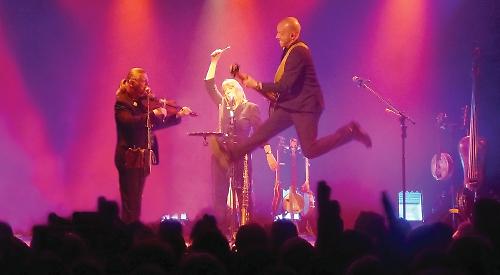 FOLK trio The Churchfitters are riding to the rescue at Nettlebed on Monday after the band previously due to play the village club had to cancel due to illness.

With two members out of action, acclaimed six-piece The Shee have had to cancel their October but pledged that they will be back on the road next year.

Nettlebed Folk Song Club organiser Mike Sanderson said that as last-minute replacements, The Churchfitters had kindly agreed to start their UK tour a couple of days earlier than planned in order to make good the musical deficit.

Monday’s show starts at 8pm, with doors opening at 7.45pm. Tickets are £16 in advance and on the door.