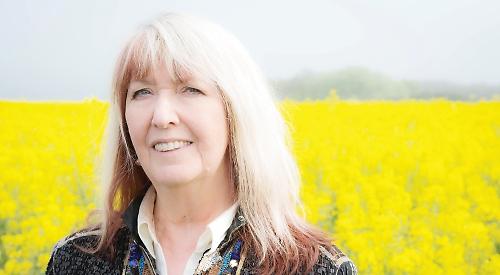 ICONIC folk singer Maddy Prior — the lead vocalist with Steeleye Span — will be in concert with Giles Lewin and Hannah James at Nettlebed Village Club on Monday night.

More than 40 years on from her debut appearance on the late Sixties folk club circuit, Maddy is today regarded as one of the most enduring, influential and respected artists in British music.

Born in Blackpool, and raised in St Albans, she first came to prominence as a duo with singer/guitarist Tim Hart, building a reputation around the folk clubs and releasing two albums.

As a new decade dawned, they joined forces with Ashley Hutchings of Fairport Convention with the idea of forming a band to fuse folk song and rock technique.

Together with Gay and Terry Woods, the group took its name from the traditional Lincolnshire ballad, Horkstow Grange — the tale of a character called Steeleye Span and a song the group eventually committed to record in 1998.

Multi-instrumentalist Giles Lewin was a founding member of Bellowhead and is now a stalwart member of the Carnival Band, while the accordionist and sometime clog dancer Hannah James can currently be seen as part of the group Lady Maisry, having previously played in a duo with Sam Sweeney.

Maddy said: “I am blessed with excellent musicians. Over the years it has been a delight — and no musical endeavour has been more delightful than working with Hannah and Giles.

“Giles has a classical background but has enveloped himself in Irish music, early music and Arabic music, bringing depth of textures to any music he approaches.

Hannah is a young person of skill and musicality. Her chosen instrument is the accordion and she uses it to create atmosphere and subtle, fluid ideas.”