Power and clarity as orchestra and choir prove well-matched 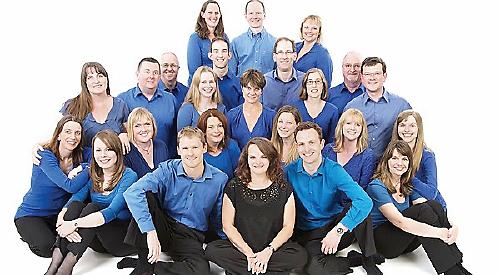 The APO in conjunction with the Tamesis Chamber Choir provided an innovative, religiously-themed programme to a packed Great Hall.

Musical direction of the ensemble was shared equally between Andrew Taylor, the orchestra’s permanent conductor, and Louise Rapple Moore, founder and conductor of Tamesis.

Vaughan Williams’s Toward the Unknown Region, incorporating Walt Whitman’s transcendental poem Dearest Thou Now O Soul, took us on a dramatic journey towards the end of life and into the great hereafter, which Vaughan Williams portrays as a welcome freedom from the final struggle of death itself.

The words and music are inspirational and the entire ensemble rose to the occasion accordingly. The choir was magnificent in its power and clarity, matching the strength of the large orchestral forces in front of it. This was an exciting performance and met with much well-deserved applause from the audience.

Richard Strauss’s purely instrumental Tod und Verklärung (Death and Transfiguration) is based on exactly the same subject but places demands on the ensemble that even the most sophisticated professional orchestras can fail to satisfy. Every note, every nuance counts and has to finely match everything that is going on around it. The effect must be like the ebb and flow of the tide as a great ocean swells and recedes, taking everything with it. This is difficult to achieve consistently.

The APO’s performance was professional with particular plaudits due to the string players who cajoled their fingers around some very tricky passagework; but that was not enough. This exacting work demands perfection. Otherwise the spell it creates is broken and the magic disappears.

Morten Laurisden’s Lux Aeternal is effectively a requiem for the composer’s mother. It is, on the surface, an attractive work that has become very popular with choirs throughout Europe and America. The work may be satisfying to sing but the syrupy pseudo-modal harmonies pall after a while and the listener’s attention tends to wander off… to the unknown region perhaps? But the requiem was performed immaculately using a suitably reduced instrumental ensemble.

Bernstein’s Chichester Psalms – 1965 brought this imaginative programme to a triumphant close. It is the antithesis of the Laurisden work – bursting with colour, variety and imagination whilst also fully retaining respect for the religious context. The performance was exemplary and brought out the best in both the choir and the instrumentalists.

The second movement, Psalm 23, The Lord is my shepherd, is scored for a solo boy treble. It was sung on this occasion by Oscar Bennett. His beautiful voice, clear, even throughout its register and perfectly pitched, was in itself transcendental and carried easily to the back of the hall. This young man clearly has instinctive platform presence and, if he chooses music for a career in life, he should have no difficulty commanding an audience. This one roared its approval.

This concert provided an unusual, engaging and thought-provoking programme which is what live music is all about. More like it, please.