New album is being launched at folk club 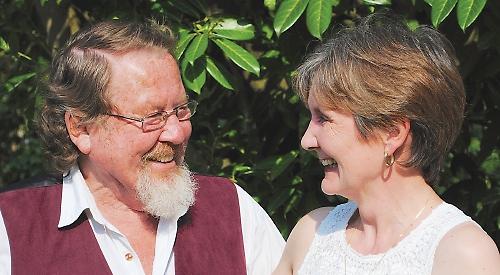 FANS of folk music will be getting two acts for the price of one at Nettlebed village club on Monday night.

But the evening, which starts at 8pm, will also see Nettlebed Folk Song Club residents Kith & Kin — aka father and daughter Terry Page and Maria Jaffray — launch their new album, They Know Not What They Do.

Folk club organiser Mike Sanderson said: “Terry and Maria have been singing together at Nettlebed Folk Colb for over 11 years with both heart and humour.

“Their unique blend of voices and close harmony singing have enlivened many an evening at the club.

“Although firmly rooted in the folk tradition, they are able to adapt to almost any genre of music.”

For her part, Heidi Talbot is currently touring to promote her fifth solo album, the intriguingly titled Here We Go 1, 2, 3 — the title track of which is inspired by an old gospel song.

“I loved the idea of that song being quite uplifting, of it not being a funeral hymn, even though it’s about death,” said Talbot. “It’s as sad as you want it to be.”

Tickets for Monday’s show are £15 in advance or £16 on the door and can be booked by calling 01628 63660. For more information, visit www.nettlebedfolkclub.co.uk