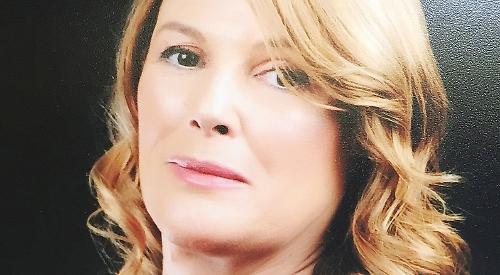 ‘Thou sacred art, how oft in drab times ... you have brought me inspiration ... and led me to a state of joy in a better world’ — feelings you hear expressed at the opening of Franz Schubert’s song ‘An die Music’ (To Music).

Soprano Rebecca Bell and pianist Anthea Fry chose the song as an encore to close their recital, Music for an Autumn Evening.

From a well-filled church they received enthusiastic, well-deserved applause for an evening of most rewarding music-making.

The encore was indeed aptly chosen — a varied programme of wonderful music performed with great musical understanding does indeed possess the power to banish thoughts of wearisome conditions (whether personal or the threat of Storm Brian that evening, outside the building) and to transport the hearer to ‘a better world’.

The concert began with two Italian songs from the early 18th century. In each we hear from lovers perhaps destined for disappointment — there is mounting urgency in the piano accompaniment and the strict rhythms of ‘Danza, danza’ (Dance, dance, fair maiden). The songs were followed by piano music (Mozart’s Sonata in E flat K.282).

Anthea’s enjoyment of the music was evident in her playing, as she captured the changing moods of the piece, the serenity of the opening, the sheer beauty of the minuet and the high spirits of the closing section.

The centrepiece of the concert was a performance of Schumann’s song cycle ‘Frauenliebe und Leben’ (A woman’s love and life). Adelbert von Chamisso’s poems tell of a woman’s feelings, through life’s changing phases, from first awareness of future husband, through the times of engagement, of marriage, of joy in family life.

They tell also of the death of a husband and of continuing life alone with her memories. The work ends with a piano postlude which recalls the theme of the opening song.

This cycle of songs makes great demands on singer and pianist, in the need to represent an inward-looking character through a wide range of emotions.

Rebecca was triumphant with clear, bright high notes at moments of happiness, and equally commanding in her rich lower register.

She and Anthea were together able to convey the changing moods, moments of rising excitement, times of stability and contentment and memories tinged with sadness.

As so much deeply affecting music was brought to life, the audience responded with rapt attention. They will retain memories of much beautiful music-making.

Following a short interval, the audience enjoyed more familiar music — the arias ‘Non so piu’ and ‘Voi che sapete’ from Mozart’s opera ‘The Marriage of Figaro’. Cherubino, young and impressionable, is drawn into the intrigues of those around him.

This ever appealing music was performed with due character and style. The songs were followed by piano solos — Anthea well caught the contrasting moods of three Mendelssohn ‘Songs without words’, whether full of purpose or at moments of reflection.

The audience responded with immediate recognition of the A major ‘Spring Song’. Anthea told the story of how this music came to be composed in the London of 1842. Mendelssohn had refused the opportunity to spend a day elsewhere with his wife’s family and, choosing to stay at home, had time to work on a new composition.

The final section of the recital offered a big treat for all, the chance to surrender to familiar melodies, the nostalgia of show songs from the middle years of the last century, with four of Ivor Novello’s best-known songs.

Rebecca and Anthea were so thoroughly at home in this world, and the audience responded with matching enthusiasm.

Arising from the concert a donation of some £700 is available to support the work of the Rotherfield Peppard Educational Trust.