Master of pop will never be forgotten 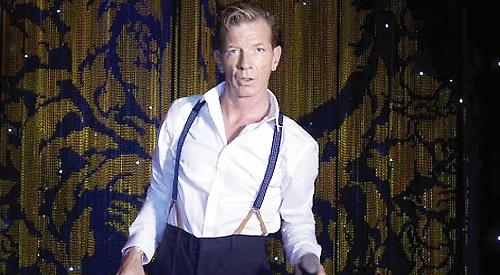 IN a leafy corner of South Oxfordshire on Guy Fawkes Night, the former lead singer of The Stranglers paid homage to the great British rock star, David Bowie.

As we took our seats in the intimate auditorium I had an excellent view and scanned the audience, which was mainly well-dressed couples, groups of girlfriends and a couple of Ziggy Stardust-style super-fans.

The psychedelic folk rock track Space Oddity kicked off the evening and as the audience applauded I was transported back to a dance performance at my high school in the late Seventies.

Although released on July 11, 1969, Space Oddity entered my consciousness when re-released in 1979. It was the soundtrack to my school Christmas dance performance. I remember swaying around the stage with my 11-year-old classmates, throwing some interesting shapes and springing up to “This is Ground Control to Major Tom...”

It wasn’t until my teenage years that I realised the song wasn’t called Major Tom and that Bowie had an incredible back catalogue of hit after hit from the late Sixties through the Seventies and far beyond.

Internationally-acclaimed British rock frontman Paul Roberts introduced each song and joked along with the audience. He took us on a journey of Bowie’s hits through the decades with respect and reverence.

From Space Oddity through to the smash hit Let’s Dance to the wonderful The Next Day, we celebrated the unique master of pop.

I loved Absolute Beginners more than I’d realised and likewise The Jean Genie, China Girl, Rebel Rebel, Sound and Vision and Suffragette City. The iconic David Bowie gave us so much and I felt inspired by his life and work.

We’d anticipated fireworks on Guy Fawkes Night and Paul Roberts and his band did not disappoint. I was blown away by the sheer number and variety of anthems that captured a feeling of the time and still sound fresh now.

The quality of the band performance entranced from beginning to end. They finished with Heroes and as we departed it felt as though the entire audience had morphed into Bowie super-fans, us included.