Stars of folk music are rocking up 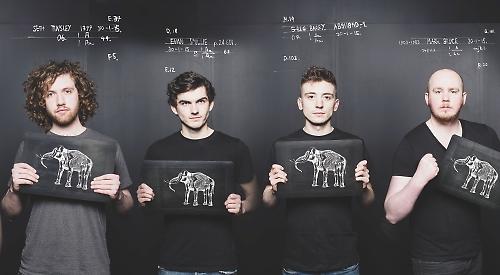 FOLK music fans are in for a treat next week — with both up and coming talent and established favourites preparing to play intimate live shows.

First up on Monday (November 13) are neo-trad quintet Elephant Sessions who, following on from their barnstorming shows at Celtic Connections earlier this year, will be in concert at Nettlebed Village Club from 8pm.

Renowned for their breathtaking live shows, the band — featuring fiddle, guitar, mandolin, bass and drums — are currently touring to promote their new album.

All We Have Is Now is the eagerly anticipated second album from the award-winning five-piece.

Their debut album, 2014’s The Elusive Highland Beauty received widespread critical acclaim — propelling the band from their roots in a highland shed to winners of the MG Alba Scots Trad “Up and Coming Act of the Year” award.

They were also nominated for “Live Act of the Year” in 2016 following a multitude of UK and international festival appearances.

The band’s music draws upon influences from their highland traditional roots as well as electronic, rock and funk to create a sound that is truly unique.

All We Have Is Now pushes this sound further, giving the music an infinitely more dark and brooding maturity, while still maintaining the raw excitement of the visceral live shows the band have become both loved and renowned for.

This record is a statement of what traditional music can be and where it is going, pushing the boundaries of instrumental music through their intricate self-penned tunes and a groove-dominated backline.

Elephant Sessions will be touring Australia, Canada and the USA in 2018. For a list of dates, visit www.elephantsessions.com

The pub’s chef proprietor Paul Clerehugh said: “Belfast-born Anthony John is recognised as one of the top songwriters on the acoustic-folk scene with 12 albums and three singles to his name, including the beautiful Seven in Ireland and Irish Eyes. He enjoys an enormous following in the UK, Europe, Australasia and the USA.”

Joining him for the evening will be Dave Pegg — now the longest serving member of folk rockers Fairport Convention, who this year celebrated their 50th anniversary.

Pegg joined the band in 1969 but has also played bass with a number of significant folk and rock groups, including Jethro Tull and the Ian Campbell Folk Group while also undertaking solo projects.

Paul Clerehugh added: “The friends will draw on a wealth of hits and much-loved songs for an evening of exquisite, outstanding music and a lot of humour. It’s a real treat to enjoy such legendary artists in the intimacy of the Crooked Billet — in comparison to enjoying them at the Cropredy festival playing to 25,000 fans.

“They perform at the Billet because they like the pub — not to mention copious quantities of red wine after the show.

“Peggy and AJ are truly astonishing musicians, delivering songs that make your spine tingle. You can feel their friendship and the show is as much about funny humour, laughs and smiles as belting songs.”

The Crooked Billet’s full, regular menu will be available on the night and a £10 music cover charge will apply. To book a table, call the Newlands Lane pub on (01491) 681048 or visit www.thecrookedbillet.co.uk

• Looking ahead to Saturday, November 25, TV channel Sky Arts has announced that it is to broadcast a major documentary to mark Fairport Convention’s 50th anniversary. Titled “Fairport Convention: Folk Heroes”, the 70-minute film will be broadcast at 9pm and tells how the band shook English folk music to its roots by fusing it with rock — an approach that outraged some purists but won a new and devoted audience.