Tenor Alex is back in town for good cause 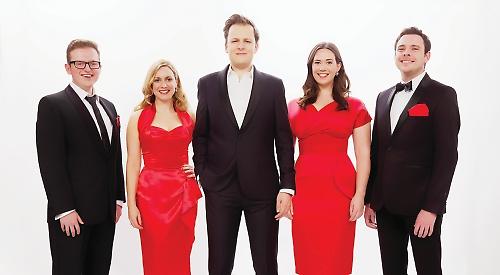 HE’S one of the “Three Tenors” who wowed the Kenton Theatre the other week with a sold-out concert that raised £1,100 for the Chiltern Centre.

Now Alex Haigh is pulling on his singing boots and returning to Henley in aid of another good cause — children’s education.

Until earlier this year, when he left to pursue his opera career, Alex was a member of the London-based a cappella ensemble, Apollo5.

But on Wednesday (November 22) at 1.30pm and 6.30pm he will be reuniting with the group for two concerts at the Christ Church Centre in Reading Road sponsored by the Henley Educational Trust (HET).

Joining them for the occasion will be pupils from Badgemore, Sacred Heart, Trinity and Valley Road primary schools.

Each of the schools has recently been visited by Apollo5 and singing workshops held ahead of Wednesday’s concerts.

Ann Wright, director of education at co-organisers the VCM Foundation, said: “Henley Educational Trust has been funding a singing project led by Apollo5 for several years now. The group does a great deal of education work alongside their work as a professional vocal ensemble.

“Alex Haigh sang with Apollo5 until March 2017. He continues to help lead projects and because he is from Henley the HET Apollo5 project is one we like to have him help deliver and perform at with the group.”

She added: “The concerts are mainly for pupils and parents, purely because there are so many children involved that space is limited.”