Charity CD makes a song and dance about the festive season 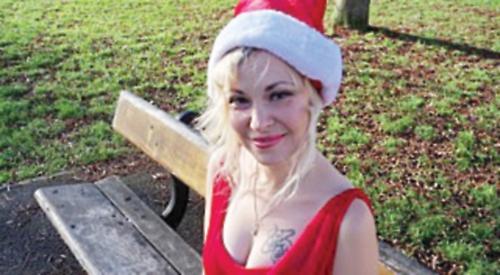 AS readers of the Henley Standard will know, theatre reviewer Mike Rowbottom is a man of many parts.

Turn to page 34, for example, and you’ll see that in a departure from his usual drama beat he has reviewed a concert by blues legend John Mayall.

Only a slight departure, because Mike is a musician himself, playing locally with Rolling Stones covers band Crossfire Hurricanes.

A novelist, a playwright and an actor in his spare time, the former broadcast journalist from Stoke Row is also a singer-songwriter.

Now he has added a fresh string to his bow — recording artist.

Last Christmas, Mike was invited to give a reading at the annual Spirit of Christmas event at the Christ Church Centre in Reading Road.

Organised by Peter O’Sullivan from the Thames Valley branch of Muscular Dystrophy UK, the event has become a big fund-raiser for the charity over the past decade.

Mike said: “Peter uses the local talent. Loads of my colleagues from am-dram have performed for him in the past there and last year he asked if I’d do a reading.

“At the same time, I offered to sing one of my songs, which was I Still Haven’t Met Father Christmas. Once Peter had heard it, he thought it would be great to put in, and when I sang it, it went down very well.

“One of the gratifying things about being a performer is when people come up to you unsolicited and say how much they enjoyed it. That happened, and I thought ‘There might be mileage in this yet.’

“I have a suite of Christmas songs that I’ve written over the years and I’ve always needed some kind of impetus to make it happen — and this seemed to be it. I thought, I’ll see if I can do something — I’ll put together a suite and suggest we make a CD of it to raise money.

“Make it the sort of thing where you think, there it is, five pounds, it’ll be a bit of fun — it can be a stocking filler or something for a friend. A jokey thing for a friend in the office or the pub or whatever.

“And I’ll ask my talented colleagues to sing and perform on it. And that happened — it all happened. So now we’re reaching the point where everything’s together — the artwork’s together, the songs are produced and ready to go. I’ve been quite surprised by just how it has come together. It’s followed the timetable that I’d set, which really did surprise me!”

Titled Xmas Xcess — A Sideways Look at Christmas, the album will be available as a CD from December 1 and in download form on Amazon and iTunes from December 2.

One of the musicians who joined Mike on the album is singer Samantha Fields, a long-standing member of the Henley Amateur Operatic and Dramatic Society who also works with the professional theatre company Full Tilt.

Together the pair will be playing a concert in the bar at the Mill at Sonning next Friday (December 1) from 12.30pm to 2.30pm to mark the album’s release. Entry is free.

The following night, Mike will be playing one of the songs from the album during the first half of the Christmas at the Kenton concert (see story on page 33).

Then on Thursday, December 7, he will complete the circle when he performs songs from the album at this year’s Spirit of Christmas event at the Christ Church Centre.

See next week’s Henley Standard for full details of the 7.30pm event.

AVAILABLE from next Friday (December 1), Xmas Xcess features eight tracks in all, including a rendition of Silent Night. Of the remaining seven, six have been written by Mike Rowbottom with one — Father Christmas Blues — by Abner Turnipseed.

According to Mike, all the songs on the album are comedy songs. So here’s his track by track guide....

1. I Still Haven’t Met Father Christmas — the story of a middle-aged man who yearns to meet Santa and will never stop.

2. Father Christmas Blues — a weary Santa sets off once again on Christmas Eve but he’d rather be in bed and takes solace in drink from around the world, until...

3. The Office Christmas Party — a party girl pins her hopes on the annual party to get the man she’s had her eye on for months, but...

4. The Present — a hungover husband finds his gift is not appreciated.

5. The Pantomime Dame — a dignified actress lowers herself to play in panto, but regrets it.

7. The Rugby Club Carol Concert — not much explanation needed here.

To find out to what extent, if any, Silent Night is given the comedy treatment, you’ll have to buy the album!